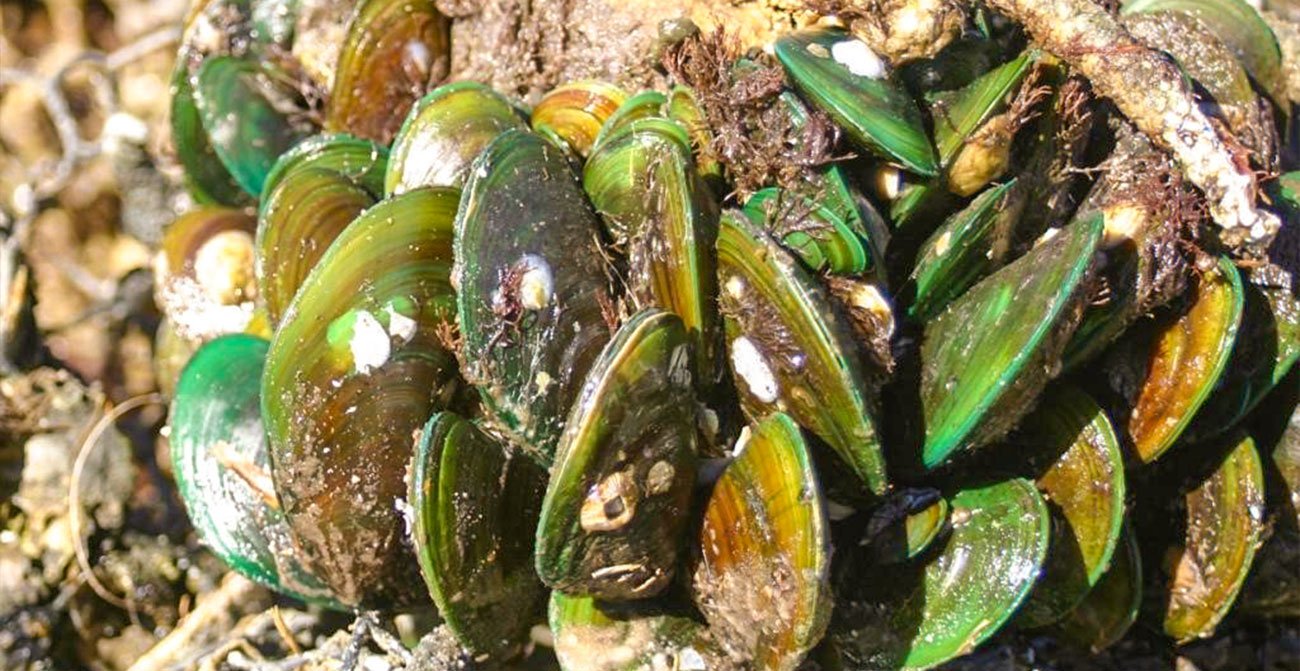 Updates EQRP
Trinidad and Tobago’s coastal waters are rich in both renewable and non-renewable natural resources. These resources play a very important role in the economic growth of the nation by supplying food (fish and shell-fish) and livelihoods options via the fishing, oil, gas and the tourism sectors. All of these industries are dependent on the use of vessels for transport, and ports and marinas for docking facilities. Since the 19th century, ships have been using ballast water for safety, stability, thrust and maneuverability, depending on the quantity of cargo being transported; as well as to compensate loss of fuel weight, water consumption, and to maintain structural stress at acceptable levels. These cargo vessels can carry enough ballast water to fill approximately 4,000 Olympic size swimming pools. Globally, up to 5 billion tonnes of ballast water is transferred internationally by ships each year. This is a vast volume of water travelling from one end of the world to the next. The maritime industry in Trinidad and Tobago (T&T) is a growing industry and has become very important over the years as T&Ts export and imports have grown. However, the booming shipping and trade business has opened up our coastal waters and native marine species to a great risk from ship’s ballast water. The cargo vessels that transport goods around the world have large tanks in the hull of the vessels called ballast tanks. When a ship’s cargo is unloaded, it fills up its ballast tanks with ballast water obtained from proximal port areas. When the vessel is later reloaded, often on the other side of the world, the water is discharged. 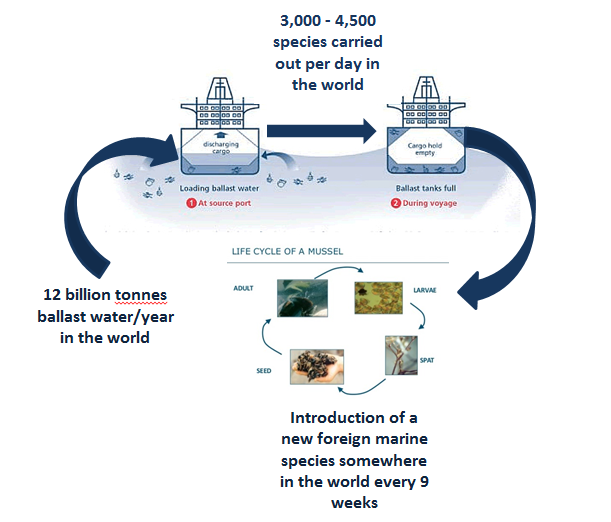 This water consists of fresh or saltwater that sometimes contains sediments and a variety of plant and animals at various juvenile and egg stages. Ballast water has also been found to contain bacteria and viruses such as Cholera, fecal coliforms and E.coli which can affect human health. The UN-led Global Ballast Water Management Programme (GloBallast) estimates that at least 7,000 species are able to be carried across the globe in ships’ ballast tanks. While the vast majority of animals will not survive the journey to the point of discharged, some may survive and thrive in their new environment. These ‘introduced and non-native species’, if established can become invasive and can have a serious ecological, economic and public health impact on the receiving environment. For example, the Green Asian mussel (Perna viridis) that invaded T&Ts waters in the early 1990s caused severe economic problems in the Point Lisas area where they clogged industrial effluent pipes. Ecologically, they also competed with the native brown mussel (Mok) for food and space in the mangrove swamps. Ballast water discharge from ships and tankers has been identified as the primary pathway for the majority of invasions by non-native species and are considered one of the major threats to the world’s oceans. This global threat to economies and ecosystems has lead the International Maritime Organization to develop the Ballast Water Management Convention which was adopted in 2004 and aims to prevent the spread of harmful aquatic organisms from one region to another by establishing standards and procedures for the management and control of ships’ ballast water and sediments. In January 2012, Trinidad and Tobago became a signatory to this Convention and in April 2012 the Government proceeded to draft legislation to put this convention into effect. This legislation requires that certain standards be put in place for the treatment and discharge of ballast water, such as, ships should exchange ballast water mid-ocean and/or install an on-board ballast water treatment system. Ships in international traffic are also required to carry a ballast water record book and an international ballast water management certificate. These protocols are crucial to the future implementation of Ballast Water Management Systems (BWMS) on a large scale in Trinidad and Tobago, and to ensure the preservation of our native marine species and all associated livelihoods.   By: Alana Jute Research Officer Institute of Marine Affairs Photo Credit Green Mussel Perna Virdis Website: ciasnet.org/2010/08/10/green-mussel-perna-virdis/
Share
share

Bait Dump vs Fishkill in Chaguaramas