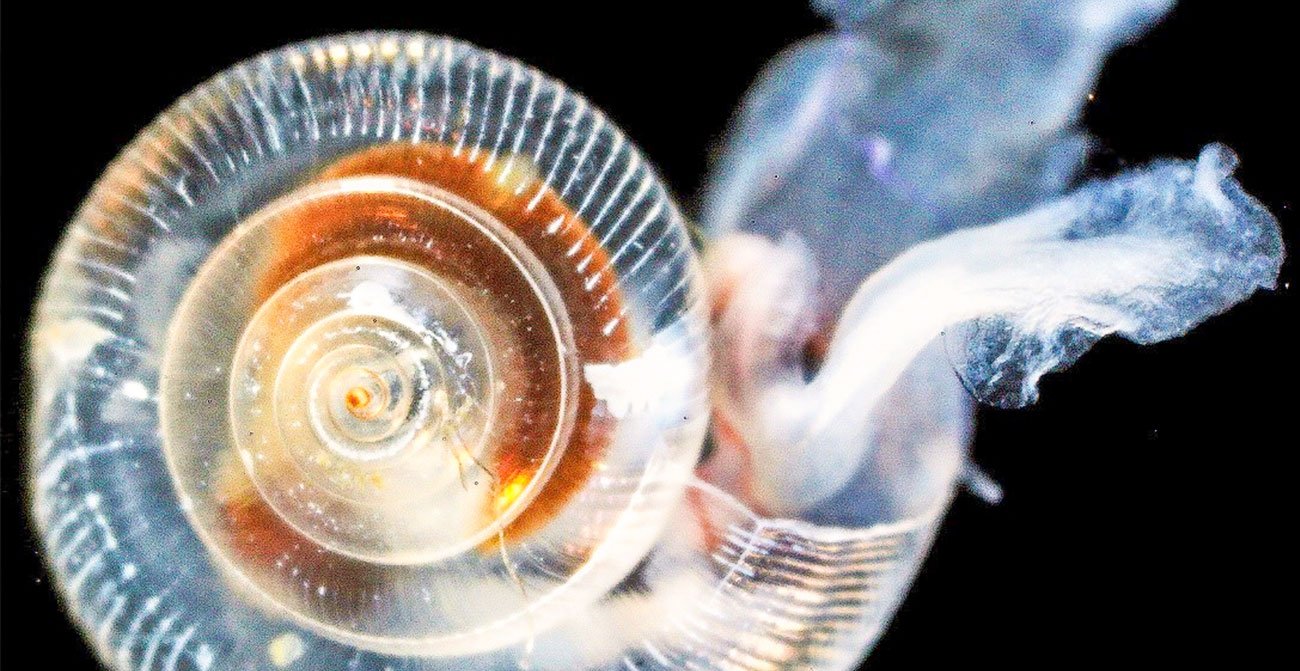 Updates O&CPRP
The Earth has witnessed a 30% rise in the atmospheric concentration of carbon dioxide since the start of the industrial revolution in the middle of the 18th century. This is the highest that atmospheric carbon dioxide has been in at least 400,000 years. This is primarily due to the burning of fossil fuels and large scale animal farming, which has created a rapid flux of additional carbon dioxide and methane in the atmosphere. One main property of these gases is their ability to retain heat. Therefore, the more these gases are pumped out, the more heat is retained in the atmosphere resulting in an increase of atmospheric and sea surface temperatures, popularly referred to as ‘global warming’. A less directly felt but equally pressing impact is the chemical changes that result in our oceans due to increases in atmospheric carbon dioxide. Oceans are a major global store of carbon The Scripps Institute of Oceanography estimates that 26% of the carbon released by human activities was absorbed by the oceans from 2011-2016- nearly as much as land plants (28%) over the same period. The ocean surface dissolves carbon dioxide to form carbonic acid (H2CO3). This acid is unstable and breaks up into charged particles (ions) of hydrogen (H+) and bicarbonate or carbonate (CO3-). It stands to reason that the higher the atmospheric carbon dioxide concentrations, the more carbonic acid will be produced and broken apart into these charged particles. The concentration of hydrogen ions (H+) is what determines the acidity of a substance and is measured using the pH scale- the lower the pH, the higher the acidity. Over the past 200 years there has been at least a 30% decrease in the upper ocean pH- a phenomena known ocean acidification. Theoretically, over longer time scales, an increase in atmospheric carbon dioxide would have resulted in the system returning to equilibrium through a process of negative feedback. However, we are adding carbon to the ocean faster than natural processes can counteract it. It is for this reason that ocean acidification has sometimes been termed the evil twin of global warming. Effect on marine life Ocean acidification has the potential, and has already been shown, to impact the physiology (body functions) of important marine species. This results in changes to and food web of a marine ecosystem. Coccolithophores and pteropods (sea butterflies) are microscopic sea creatures that form the base of the food web in many marine ecosystems and whose shells are made of of calcium carbonate. More acidic conditions makes it more difficult for them to produce their shell. This means less to eat for organisms higher up the food chain. Indeed, organisms such as crabs, conch and other shellfish that make a calcium carbonate shell are at risk of being affected. In the Caribbean, our coral reefs are of particular concern as ocean acidification has the potential to affect their ability to recover from stressful events such as bleaching. Scientists from the National Atmospheric and Oceanic Administration and the University of Miami have observed a rapid change in the ocean chemistry of the Caribbean Sea since 1998. They note that while the current ocean chemistry is presently adequate to support coral growth, current trends are fast tracking our reefs to a future that is very much in question. 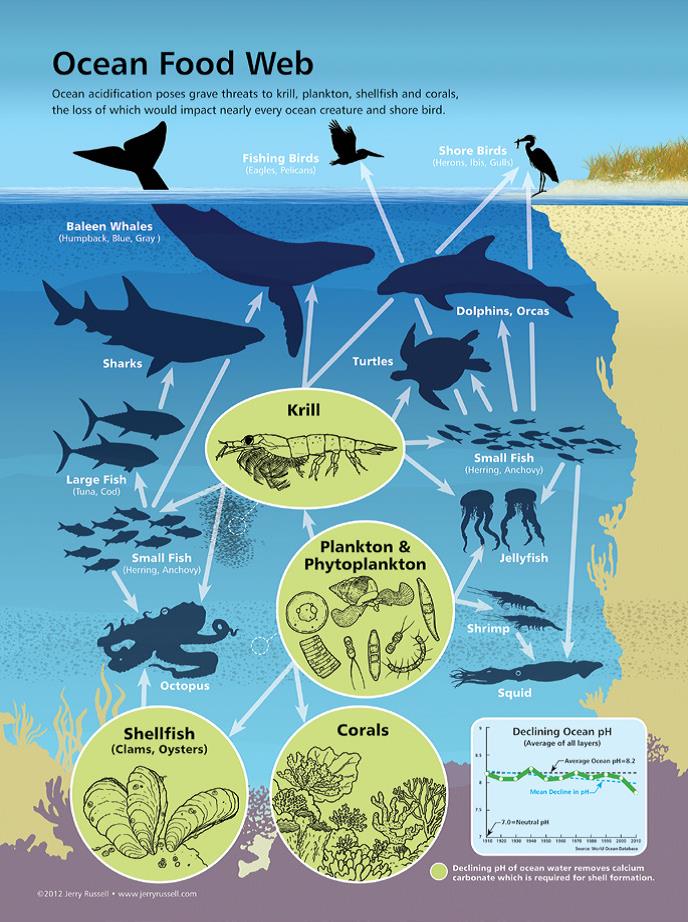 Animals Impacted by Ocean Acidification and their Interaction with Marine Ecosystem

Combating ocean acidification is a global effort Combating ocean acidification requires that we reduce our carbon emissions, and thereby our carbon footprint. Higher estimates of Intergovernmental Panel on Climate Change models project global temperature increases by as much as 4 ºC by the end of this century. The Paris Climate Change Agreement (2015), to which Trinidad and Tobago is a signatory, represented a landmark in international efforts to combat climate change by aiming to limit temperature increase to 1.5 ºC by reducing carbon emissions. Trinidad and Tobago is also a signatory to the United Nations Convention on Climate Change (1994). This has led to public and private projects such as the Low Emissions Capacity Buildings Program. While legally binding international agreements are certainly a step in the right direction, simple daily practices such as reducing electricity usage and using public transportation or carpooling can go a long way in the global effort. Locally, our reefs are under stress from land-based sources of pollution, freshwater and sediment from the Orinoco River, and bleaching due to elevated sea surface temperature and El Nino events. Ocean acidification only presents a further challenge in their ability to cope with these existing conditions. We should do all we can to ensure that our marine environment in not further stressed by our careless practices. By: Matthew Rahamut Associate Professional Institute of Marine Affairs
Share
share