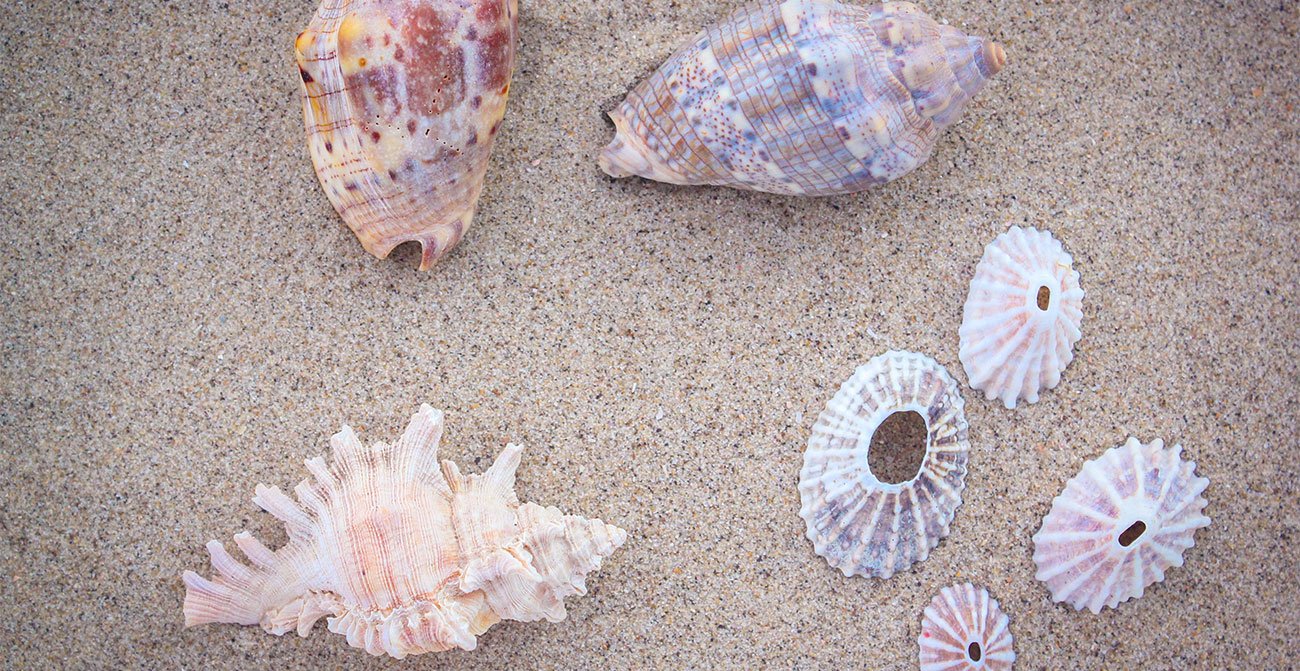 Updates O&CPRP
Some of my fondest memories as a child were walking along the shore of Manzanilla Beach. As with most little children from time immemorial, I would enjoy walking through the surf as the waves playfully nipped at my feet. One of my favourite things to do was to look for seashells. Chip-chip which were most abundant at the time and all other shells, large and small would fill me with wonder. I remember marvelling at the exquisite colours at the time and how pretty they looked. Sadly, to my dismay, my mother would never let me take them home as she “had enough rubbish in her house already”. My beloved childhood memories are under threat, specifically the shells I so adored. Thirty years on from my innocence playing in the surf and now becoming a benthic ecologist, I now acknowledge how sea shells play a more important role in my life than I could have imagined. Ocean acidification poses a very real threat to shell organisms specifically, those with a carbonate shell. The absorption of atmospheric carbon dioxide by seawater causes chemical reactions that lead to a reduction in the pH (acidification) of seawater. As more carbon dioxide is released into the Earth’s atmosphere, more is absorbed by the ocean. Ever since the Industrial Revolution in the 1800s, the pH of the oceans has decreased by 0.1 units. This may seem like a small number, but a drop by 0.1 represents a 30% increase in acidification of the ocean. To put this another way, since the beginning of the industrial era, the ocean has absorbed some 525 billion tons of CO2 from the atmosphere, presently around 22 million tons per day. That’s the equivalent of placing 220 aircraft carriers made only of carbon dioxide into the Earth’s atmosphere every day. If carbon dioxide emissions continue at its present rate, by 2100 ocean acidification is forecast to increase by as much as 150%. Apart from there no longer being pretty shells on the beach, increased acidification of the oceans has some other very real consequences, not least among them the inescapable effect on oysters. Oysters are expected to see a decrease in shell size by 10% by the turn of the century. As the oceans continue to acidify oyster larvae will find it more difficult to build their shells in the first 48 hours of their lives. The Pacific Northwest of the United States has already experienced massive oyster die-offs as a result of acidification. The mussel story is even grimmer. Like oysters they are also expected to see a decrease in shell size of about 25 % by 2100. The byssal threads, which are used by mussels to cling onto rocks in the face of rough oceanic waters are also less capable of accomplishing their task in acidic water. But it is not all bad news for shellfish. Some studies have shown that crustaceans such as lobsters, crabs and shrimp actually grow stronger shells in more acidic waters. This is mainly due to a difference in the way in which their shells are constructed. Some species of sea urchin are also showing adaptability to the decreased ocean pH. However, these are not reasons to become complacent. Ocean acidification is still a relatively new phenomenon, and we cannot afford for it to continue to intensify at its present rate. While some organisms have initially shown resilience and adaptability, this may not necessarily continue with falling pH levels. Ocean acidification, often dubbed, “climate change’s evil twin” is affecting us presently. We have long since passed the point of debating whether climate change is real. We can no longer afford that luxury. Climate change is no longer at our doorstep, it is in our living rooms and on our kitchen tables. It is not something future generations will have to deal with, the effects are happening before our eyes and they are only just beginning. While you may not personally experience the effects of climate change and ocean acidification in your everyday life, think about that wide-eyed child, walking along the beach, enthralled by the beauty that nature has to offer in the form of some of its most remarkable creatures. Creatures whose future we will shape by our continued actions in one form or the other. To quote the late ocean explorer Jacques Yves Costeau, “The sea, once it casts its spell, holds one in its net of wonder forever”. The power of the sea is beginning to wane. It is up to all of us to preserve that wonder, the wonder that so enchanted me as a child, and allow the sea to continue to cast its spell on as many future generations to come as possible.   By: Attish Kanhai Research Officer Institute of Marine Affairs
Share
share