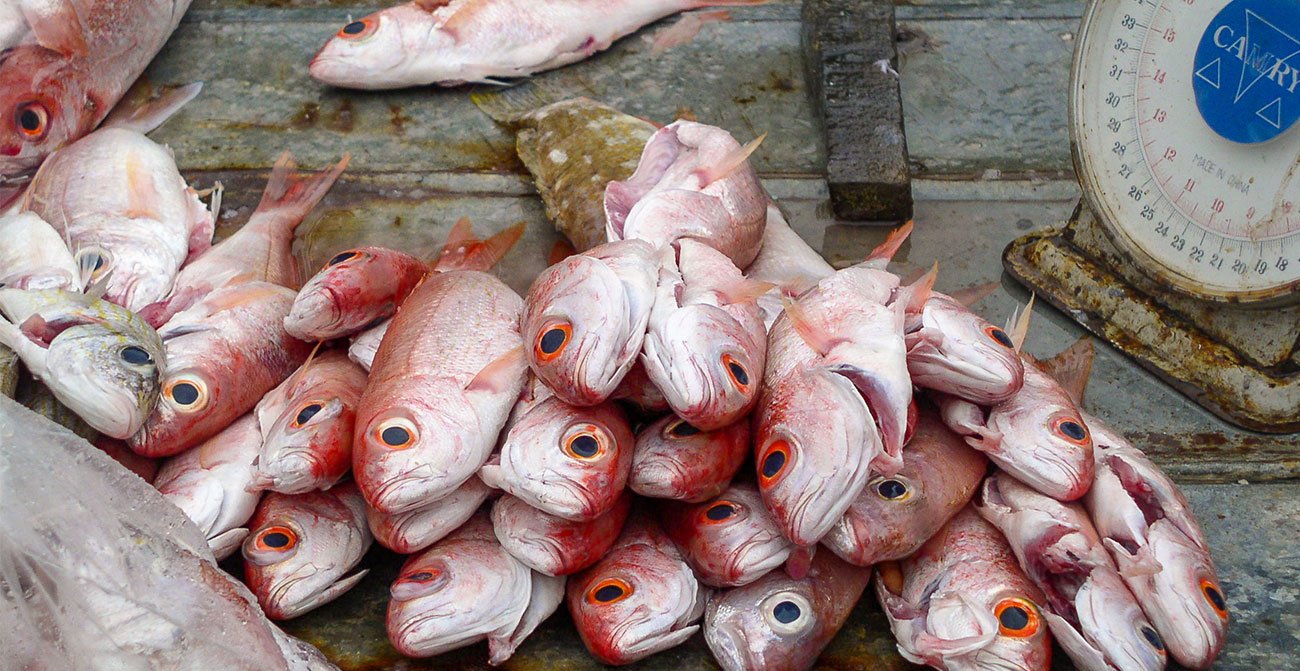 “This is the first of a series of articles based on the recently launched State of the Marine Environment Report 2016 published by the Institute of Marine Affairs.  It is hoped that this series will raise awareness on the state of our marine environment, and underscore the urgent need for us to act diligently to conserve our coasts and oceans. This first article focuses on the current state of our fisheries resources.”

Trinidad and Tobago is blessed with very rich and diverse marine fisheries resources, which are important both economically and socially for many of our coastal and rural communities. Resources that are exploited include finfish, shrimp, lobster, crab, shellfish (oysters, conch, mussels, chip chip) and turtles. While over 1,000 different types of finfish have been identified in our waters, only a small percentage of these are caught and landed commercially.

Fishing occurs on all four coasts of Trinidad and in Tobago with gear type and target species varying according to sea floor type (rocky, muddy) and sea conditions (currents, winds). There is a pelagic fishery for mainly carite, kingfish, flyingfish and shark using gillnets, a soft bottom demersal trawl fishery for shrimp and groundfish i.e. salmon, croaker and snapper, a hard bottom demersal fishery for mainly snappers and groupers, and an oceanic pelagic fishery for species like tunas, swordfish, dolphinfish, marlin, shark and wahoo. All except the oceanic fishery are coastal, with the artisanal gillnet fishery for coastal pelagics being one of the most important in terms of landings.
Numerous assessments have been conducted to determine the status of our marine fisheries resources, some of which have been conducted in collaboration with neighboring Venezuela due to the shared nature of these resources. These assessments paint a bleak picture suggesting that most of our marine fisheries resources are either heavily exploited or over exploited. The potential for expansion of the demersal fishery for shrimp and groundfish, or the pelagic fishery for carite and kingfish seems very unlikely. Hard bottom demersal stocks such as snappers are fully exploited and over-capitalization is evident in the trawl fishery.

The Fisheries Division, Ministry of Agriculture, Land and Fisheries has the responsibility to ensure that our marine fisheries resources are optimally utilized in a sustainable manner so as to ensure its long-term contribution to food security, employment and development. Whilst the management of tropical fisheries such as ours, is particularly challenging due to its multi-species, multi-gear nature, a number of additional factors such as, outdated legislation, an open access regime, high by-catch discards, illegal fishing, fishing subsidies, inadequate monitoring and enforcement of regulations, and the lack of accurate data on fisheries, provide additional challenges.

The primary legislation governing domestic fishing is the Fisheries Act of 1916 and subsequent amendments to the Act. This legislation is outdated and inadequate, providing only for basic controls (type and mesh size of fishing nets, closed seasons and areas). It does facilitate nationals to control access to fisheries resources under national jurisdiction, hence we continue to operate under an open access regime where any number of individuals can enter the fishery. This open access, together with financial incentives such as concessions, rebates and subsidies to encourage development of the fisheries sector, has led to over fishing and over capitalization of some fleets.

Among the regulations that do exist are those that specify gear dimensions and fishing areas for the shrimp trawl fishery. This fishery, however, continues to be of concern given the high levels of by-catch (juvenile fish of commercial interest), generated. Also of concern is the global problem of illegal, unreported and unregulated fishing (IUU) that places additional stress on over-exploited stocks and hampers conservation and management efforts, whether it occurs in national jurisdiction or on the high seas.

In 2016, Trinidad and Tobago was “yellow carded” by the European Union as a non-cooperative state in the global fight against IUU fishing. According to the press release “T & T has a large fleet operating internationally and authorities do not control and inspect foreign vessels nor cooperate with flag states.” A red card would not only tarnish our international image but ensuing trade sanctions and the loss of port services by foreign entities would result in economic losses.

Overall, the economic and social contribution of the local fisheries sector to food security is undervalued; the national GDP and the livelihoods of coastal communities are unknown. As a result, it is regarded as having low national importance, a status that is reflected in the inadequate resources allotted to the data collection programmes necessary to collect relevant biological, social and economic data, as well as to ensure the implementation and enforcement of existing regulatory measures.

All is not doom and gloom, however, as there have been some positive developments over time. Trinidad and Tobago has signed on to a number of international agreements and conventions wholly or partially aimed at the sustainable management of marine resources and biodiversity. These include the Convention on International Trade in Endangered Species of Wild Fauna and Flora (CITES), the 1995 United Nations Fish Stocks Agreement (UNFSA) and the 1995 Food and Agriculture Organization (FAO) Code of Conduct for Responsible Fisheries. Under these “soft law” we have specific obligations to manage our marine fisheries. Additionally, it is expected that a Fisheries Management Bill prepared in 2006, once passed as law, will provide for the preparation of fisheries management plans and, in accordance with these plans, will control and limit access to fish resources through the establishment of a licensing system for both local and foreign fishing.

Regulations to reduce turtle bycatch in the shrimp trawl fishery was implemented since 1994, and work has also begun to reduce finfish bycatch via the introduction of bycatch reduction devices through participation in a FAO/GEF Funded Project. We also began the development of a National Plan of Action for Sharks (NPOA-Sharks) to improve management of the local shark fishery to ensure that it is ecologically, economically and socially sustainable.

Our marine fisheries resources are important and ensuring its long term sustainability requires effort from all relevant stakeholders including the fishers who often opt for short term unsustainable goals as opposed to long term sustainability. It is only with a change of attitude, and with collaboration among all involved that a positive outcome can be achieved.