IMA > Updates EQRP  > It’s Vacation Time! Visit our Beaches for these Benefits – But be Aware of Potential Risks 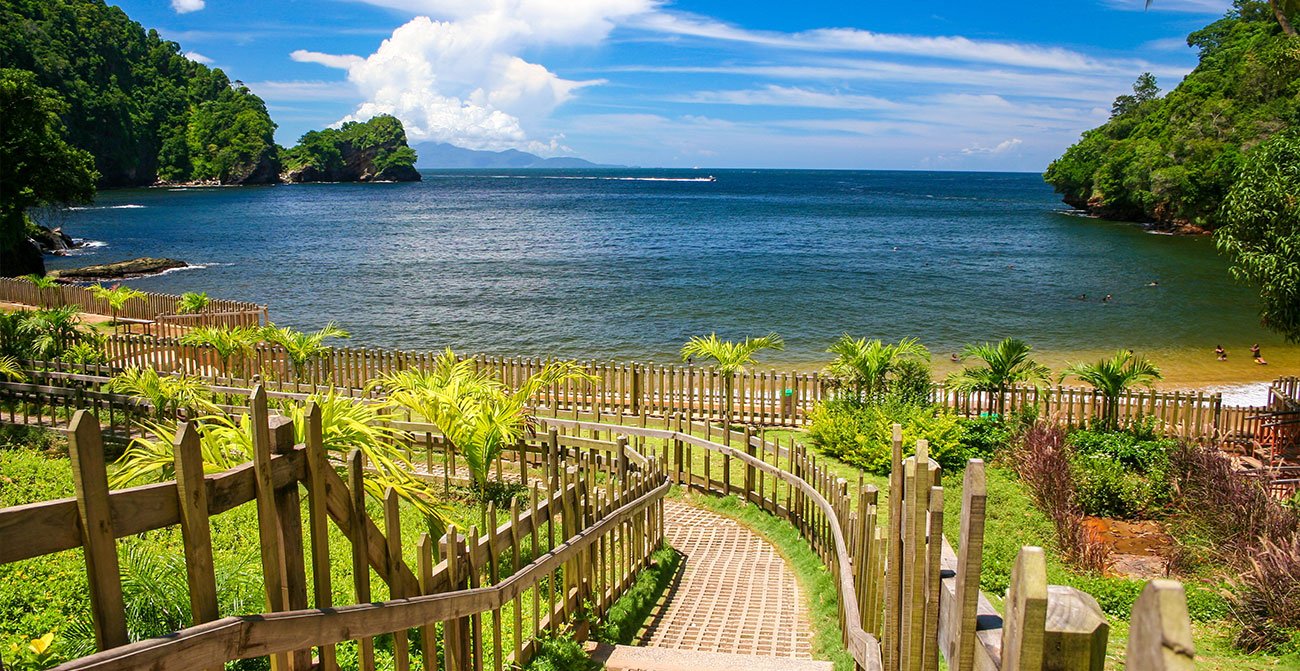 Updates EQRP
“This is the Second of a Four-Part Series of articles based on the recently launched State of the Marine Environment Report 2016 published by the Institute of Marine Affairs.  This second article briefly looks at the health benefits that can be derived from going to the beach.” It’s vacation time and for many families, beach visits are a staple. In Trinidad and Tobago, beaches are loved and often regarded as places of healing and joy. At the seaside, as the salt cleanses us and the sun embraces us with its warmth, there is healing of the heart, mind and soul. Wallace J. Nichols, a Marine Biologist, believes that we all have a “blue mind.” He described this phenomena as “a mild meditative state characterized by calm, peacefulness, unity and a sense of general happiness and satisfaction with life in the moment,” which is triggered when we are in or near water. Mathew White, an Environmental Psychologist, who studied how living near the coast affects us, found that being closer to the sea significantly improved people’s well-being. Health Benefits There is scientific evidence that minerals in sea air reduce stress. Alertness and concentration are improved by negatively charged ions in the sea air, which combat free radicals. One’s overall sense of wellness is increased as salt in the water preserves tryptamine, serotonin and melatonin levels in the brain, which aid in diminishing depression. Then there is the sound of waves, which alters the brain’s wave pattern, producing a state of relaxation. Did you know that swimming in the sea boosts your immune system, improves your ability to fight off infections and even provides health benefits for your skin? The iodine in sea water is highly antiseptic and helps boost the function of your thyroid gland which, in turn, boosts immune system function. Did you know that sea water, a source of magnesium, helps in moisturizing your skin? Salt water may also promote faster healing of skin wounds and skin conditions such as psoriasis, eczema and rashes. Salt and potassium chloride, naturally occurring in sea water, helps heal damaged skin and speeds healing; minerals and amino acids in sea water help draw out impurities and as toxins are removed healing time speeds up; also sea water increases circulation thus speeding up skin cell regeneration. Swimming-related Illnesses However, beaches can also be risky places where beachgoers are exposed to physical, chemical and microbiological hazards. One such microbiological hazard is the infection risk associated with swimming in sewage-contaminated water. Viruses are believed to be the major cause of swimming-associated illnesses such as gastroenteritis, hepatitis, respiratory illness and ear, nose and throat ailments. At beaches, all bathers can be exposed to waterborne pathogens (disease-causing organisms), but children, the elderly and those with weakened immune systems are more susceptible to becoming ill. The Institute of Marine Affairs (IMA) conducted an epidemiological study in Trinidad to investigate swimming-related illnesses at Maracas Beach, Chagville Beach, Welcome Bay and Macqueripe Bay. Illnesses investigated included respiratory illness, gastrointestinal illness and skin, eye and ear infections. The IMA found that most of the interviewees reporting symptoms were swimmers, and that the highest and lowest reported illness incidence rates were for respiratory illness and ear infections respectively. Bacteriological water quality data can indicate whether there would be any potential health risks for persons participating in water contact activities at a beach. The IMA initiated water quality studies at beaches in Trinidad and Tobago in 1981 and bathing water quality data (which was presented in IMA’s State of the Marine Environment 2016 Report) is available for some of our beaches. Currently, the IMA is conducting bacteriological water quality surveys at other popular beaches in Trinidad, for which bathing water quality data is non-existent. This will be followed by the implementation of a bacteriological water quality monitoring programme at popular beaches in Trinidad. IMA’s studies have revealed that at our beaches, nearshore water at certain sections of the beachfront is sometimes contaminated with sewage. A source of sewage contamination for beaches is discharge of polluted water from rivers and drains to the beachfront. Some sources of pollution flowing into rivers and drains include poor quality effluent discharged from malfunctioning sewage treatment plants, seepage of sewage from septic tanks and from pit latrines at unplanned settlements, and run off from livestock rearing operations. The IMA has two simple tips for you beachgoers to avoid contracting illness from poor water quality. Avoid bathing in the vicinity of where rivers or drains discharge into the beachfront. It is also not advisable to swim immediately after rainfall events when surface run off, storm water flow and increased riverine flow into the nearshore waters of some beaches, as it often results in a decline of bathing water quality. Remember, a visit to the beach should be about fun, healing and relaxation, not illness!   By: Christine Bullock Senior Research Officer/Microbiologist Institute of Marine Affairs
Share
share

Royalty of the Sea- The Queen Conch