Every bit of plastic ever made still exists

By: Jeunisse Mohon, OJT, Institute of Marine Affairs “As much as 51 trillion microplastic particles – 500 times more than stars in our galaxy – litter the seas.”- The United Nations The themes this year for both World Environment and World Oceans Days, celebrated on June 5th and 8th respectively are centered on reducing plastic pollution. Plastics have become an almost essential item in today’s world. Their popularity stems from a host of desirable features such as resistance to corrosive chemicals and they are also known to be a good heat and electrical insulators. They are generally lightweight with varied strengths and their malleability allows them to be crafted in a myriad of ways, for a variety of uses. These properties have led to exponential growth since 1950, with an estimated 8.3 billion metric tons of plastics having been produced as of 2015 according to a study published by researchers at the University of California, Santa Barbara. Of this amount, 79% still exists in the environment. Most products which we utilise on a daily basis contain some form of plastic, from cell phones, computers and cars, to food containers and clothes. 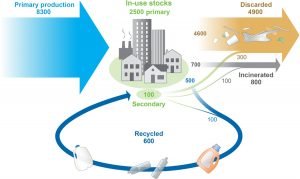 Why not plastics? As useful as this material may be, the world has now awakened to the severity of damage that decades of poor disposal has caused. Apart from containing harmful compounds that can leak into food and water supplies; plastic products which were once thought to be biodegradable, (such as grocery bags) have now been found to disintegrate into microscopic particles known as microplastics. These particles can also be found in certain goods such as face and body scrubs as well as in toothpaste. Their effects are far reaching, from transporting harmful bacteria thousands of miles in our oceans, to filling up the stomachs of sea birds and fish leading to their starvation and death. In fact a 2015 study conducted by the University of California, Santa Cruz estimated that by 2050, 99% of seabird species would have ingested plastic. So severe is the microplastic problem that countries such as the United States and United Kingdom have banned products containing microbeads, to help curb the amount of microplastics in the environment. Reduce > Reuse > Recycle By now, the three R’s; Reduce, reuse, recycle have become household slogans to promote “going green.” However, not many of us consider the order in which these words were placed. Whilst recycling of plastics is definitely a solution to our waste problem, since it reduces the need for exploitation of raw materials for manufacturing, as well as reducing the actual amount of waste ending up in our landfills and oceans, it is not enough. Reusing items offers a better solution as it eliminates the landfill stage. Unfortunately, single-use plastics such as water bottles are not made for safe reuse and therefore must be dumped. This leaves us with reduce. In order to truly make a dent in the global plastic problem, we as consumers must reduce the number of these items we buy. It is only when the demand is gone will the supply also be eliminated. More recently, a fourth R-Refuse-was added. We must refuse items that are unnecessary such as a grocery bag for one or two products, plastic straws and even plastic utensils. One question to ask ourselves when purchasing goods is, “Can I use something else?” Often, the answer to that is yes. Five alternatives to plastics Before plastics became so prevalent, paper, cloth and glass items were used. One can still remember, I’m sure, going to the grocery store and receiving ones goods in a paper bag as opposed to plastic. Whilst we may not be able to swap all our plastics for other items, there are definitely some household goods that can be changed. Here are five small changes you can make to help #BeatPlasticPollution:   Whilst tackling the huge global plastic problem may seem like an impossible task, as each person makes that small change, it will eventually add up to the big changes we need. Climate Change and Oceans, What does it mean for SIDs? As the Institute of Marine Affairs (IMA) hosts its second installment in its Public Lecture Series, the theme, “Oceans and Climate Change: What does it mean for Small Island States,” will be explored on Friday June 8th 2018 at the Old Fire Station Building in Port-of-Spain. We wish to draw attention to the links between climate change and our global plastic pollution problem. Plastics are petroleum products whose manufacture contributes to the excess carbon dioxide (CO2) in our atmosphere through the burning of fossil fuels. This rise in CO2 drives the increasing temperatures and acidity of our oceans leading to some of the effects we are already seeing such as stronger storms and coral bleaching. To learn more, join us for the lecture. Further information can be found on our Facebook page @IMAgovTT or call the IMA at 634-4291 ext. 2419 and 2406. 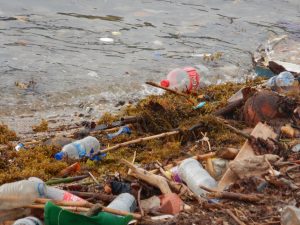 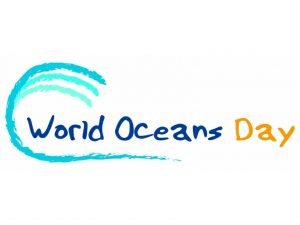