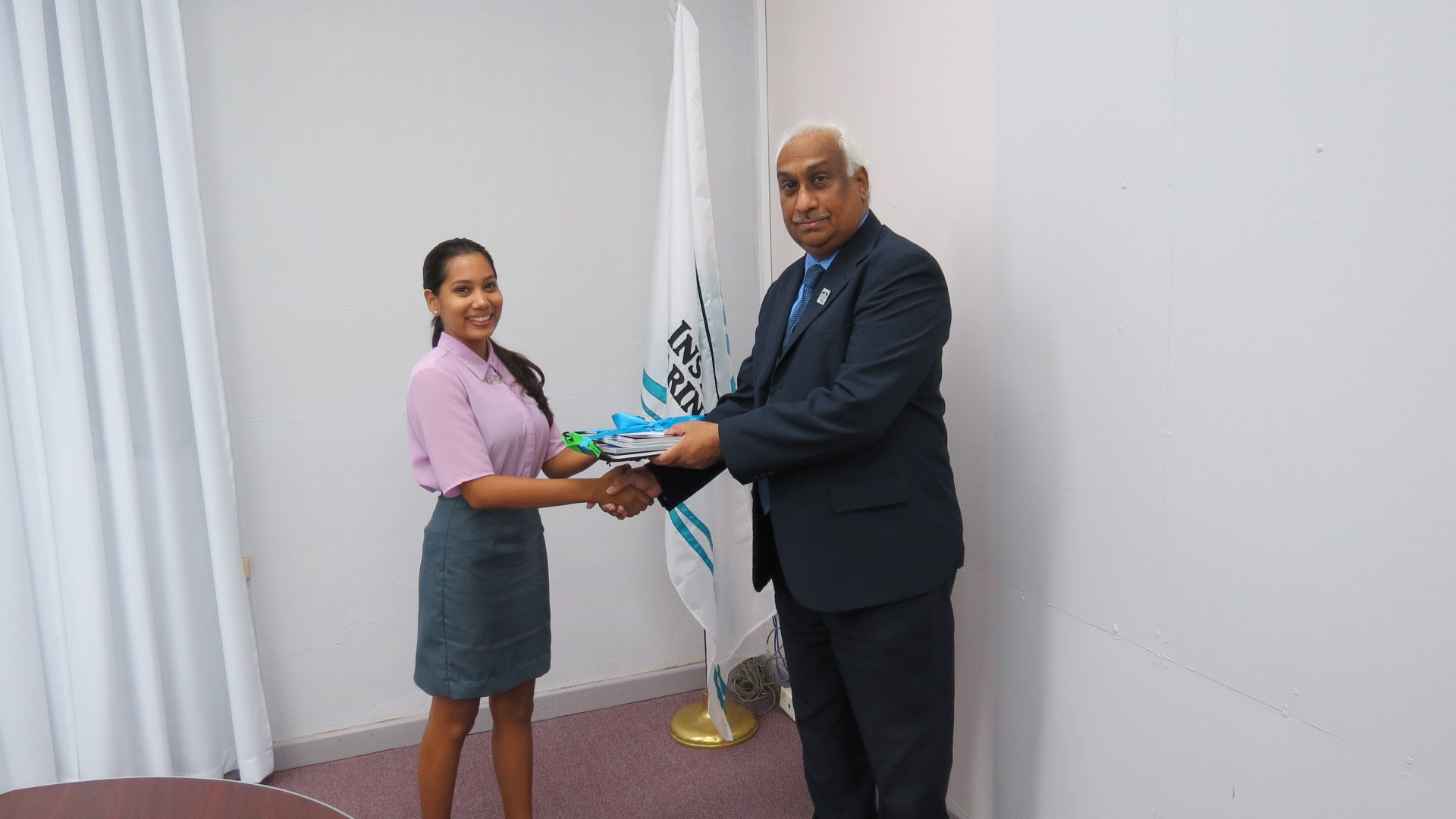 IMA’s Director, Dr. Ahmad Khan delivered   remarks during the short award presentation at the IMA’s head office on Hilltop Lane Chagaramas  saying “We acknowledge and reward the outstanding academic performance, which  would have been rooted in dedication, hard work and a desire to excel. Ms. Lochan exemplified those ideals by attaining the best academic performance in Marine Biology.”  He added “This donation of the awards reflect our core values of excellence, collaboration and innovation and the Institute’s unwavering support of the University’s quest to provide first-class academic education in environmental stewardship, particularly in the specialisation of Marine Biology.”

In 2017, the Institute entered into an arrangement with the Faculty of Natural Sciences and Technology, of the University of West Indies, to donate a monetary prize to a final year student who demonstrates the best academic performance in the specialisation of Marine Biology. In 2018, the Institute included an additional award comprising IMA publications. The 2017-2018 Memorial Prize was named after Mr. Richard Laydoo, who worked at the IMA as a researcher/marine biologist during the early 1990s. Through his publications, a number of our marine species were documented and his dedication and contributions to the field of marine ecology and biology of Trinidad and Tobago have been invaluable.

Award recipient, Ms. Hannah Lochan graciously accepted and stated “During my time at UWI, I developed a true passion for the marine environment, particularly after completing a research project at Salybia Reef. I became even more aware of the important role these areas play and the critical responsibilities of safeguarding them. I am honored and grateful to receive this award.” Ms. Lochan completed a B.Sc. in Biology in 2018, with specialisation in Plant Biology and Marine Biology.

The IMA extends hearty congratulations to Lochan for her brilliant achievements and her continued success in all her academic aspirations and endeavours.

Our Wetlands: Our Defence