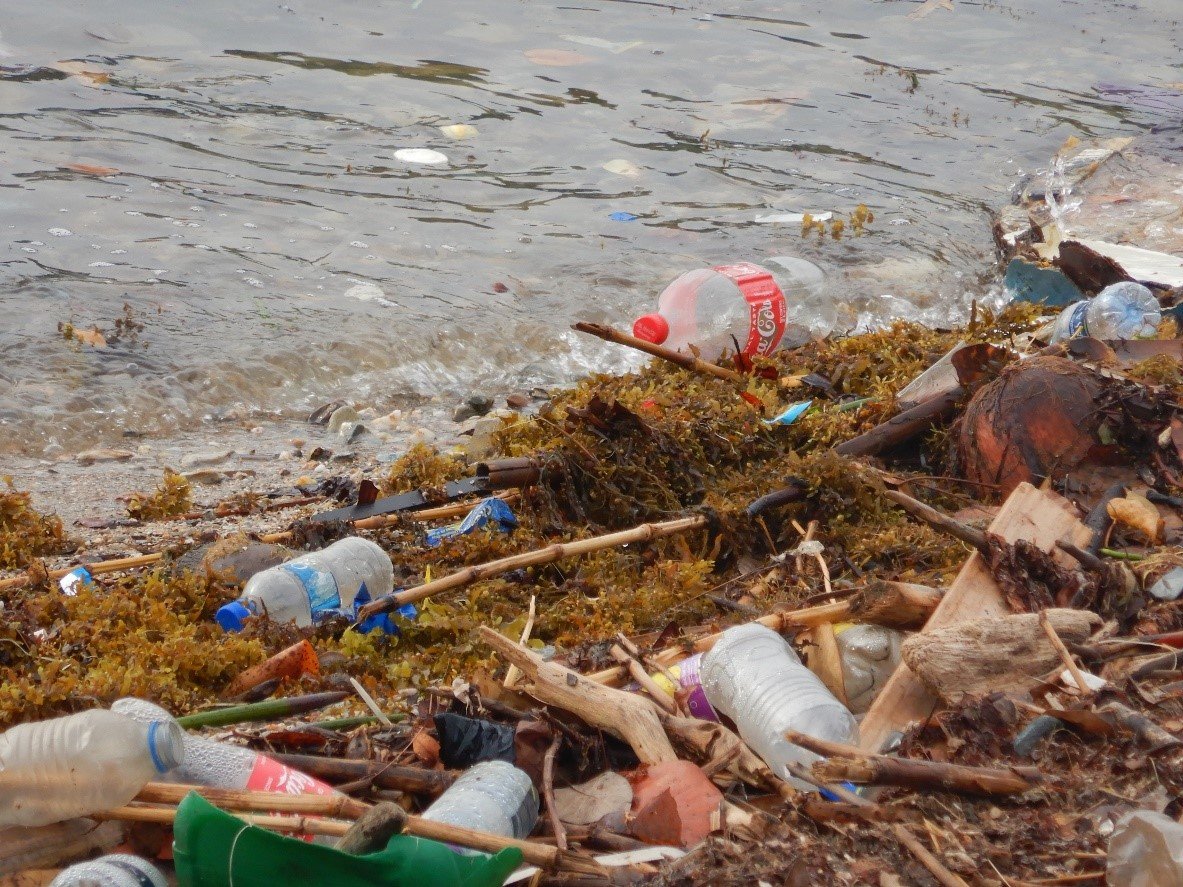 Twenty Thousand Microplastics in the Sea

First published in 1870, Jules Verne’s Twenty Thousand Leagues Under the Sea tells the story of something strange happening in the ocean. A sea beast that no one had ever seen before was attacking ships in the ocean. None of the sea folk at the time had any idea what this strange beast might be. An expedition ship, the Abraham Lincoln, sets sail in search of this unknown creature. After some time the Lincoln is attacked by the fearsome sea beast only for the crew to discover that this is no sea beast at all but something manmade yet equally fearsome, a submarine.

The ocean has long held a fascination for the many mysteries its depths might conceal. The idea that some great undiscovered creature dwells in the depths of our planet’s oceans is certainly a romantic one, and has captured the imagination of authors and movie makers alike. It has been well documented that we know more about outer space and planets that are millions of miles away from us than the deepest points of the planet we call home. This does not stop oceanic threats from affecting the planet’s many inhabitants, both terrestrial and marine. Such threats may not necessarily come from the oceans depth but may very well be hiding in plain sight.

A lot of reports have been written about plastic pollution and the numerous threats to the planet’s marine ecosystem but in a strange twist of irony the biggest threat from plastics may very well come from the tiniest fragments: microplastics.

Microplastics refers to pieces of plastic that are smaller than the eye can see. A very broad definition refers to plastic fragments that are less than five millimetres in length, or about the size of a sesame seed.1

Microplastics emerge from one of two ways. They can be manufactured from polyethylene plastics which are then added to beauty products such as exfoliants, some cleansers and toothpaste or can be sheared off from larger pieces of plastic debris floating in the ocean.  Ultraviolet light radiation from the sun and mechanical stress, release microscopic particles from these larger pieces like using a razorblade to cut crumbs off a slice of bread.

The miniscule size of these particles betrays the scale of damage they are capable of inflicting. Many sources of food derived from the sea likely contain some level of microplastic. Shellfish lovers are at a high risk of consuming microplastics in their food. The annual dietary exposure for European shellfish consumers can amount to 11,000 microplastics per year2.

Even those who avoid shellfish or are unable to consume them might still be at risk if they regularly eat canned tuna or salmon for example. In a study conducted on 20 different brands of canned fish, microplastics were found in four of them3 but at very low concentrations. However, the researchers go on to state that given the increase in microplastic load that is projected in the future, these numbers will only go up. It is unclear, the exact source of the microplastics in the canned fish. They may not necessarily all come from the ocean as they may have come from the canning process or even the air.

Surprisingly, the amount of plastic contained within these marine food sources pales in comparison to that found in bottled water. A German study5 found high amounts of plastic particles in water contained in both plastic and glass bottles. The study indicated that the packaging might be a source of the plastic found in the water. Drinking a litre of water a day can then potentially expose the consumer to higher levels of plastics than those who consume shellfish on a regular basis.

As Jules Verne asserted more than 200 years ago, nature manifests itself in the ocean, however we have added a fourth to the three kingdoms Verne described. Among the mineral, vegetable and animal kingdom there is now a plastic kingdom. The Captain of the seabeast, later found to be the submarine was called Captain Nemo, Latin for “Nobody”. Jules Verne probably never prophesied a seabeast of the magnitude of plastic pollution but much like Captain Nemo and submarine The Nautilus in Twenty Thousand Leagues Under the Sea, plastic pollution is a modern marvel that is piloted by no one in particular. In the final act of Twenty Thousand Leagues Under the Sea, Arronax, captain of the Abraham Lincoln and former captive of Captain Nemo muses if the exploration of the sea and all its treasures would be enough to save it from the threat posed by Nemo and his ocean vessel. To quote Arronax, “I hope so.”

The Untold Story of Saharan Dust

Beyond the Blue – Ep2