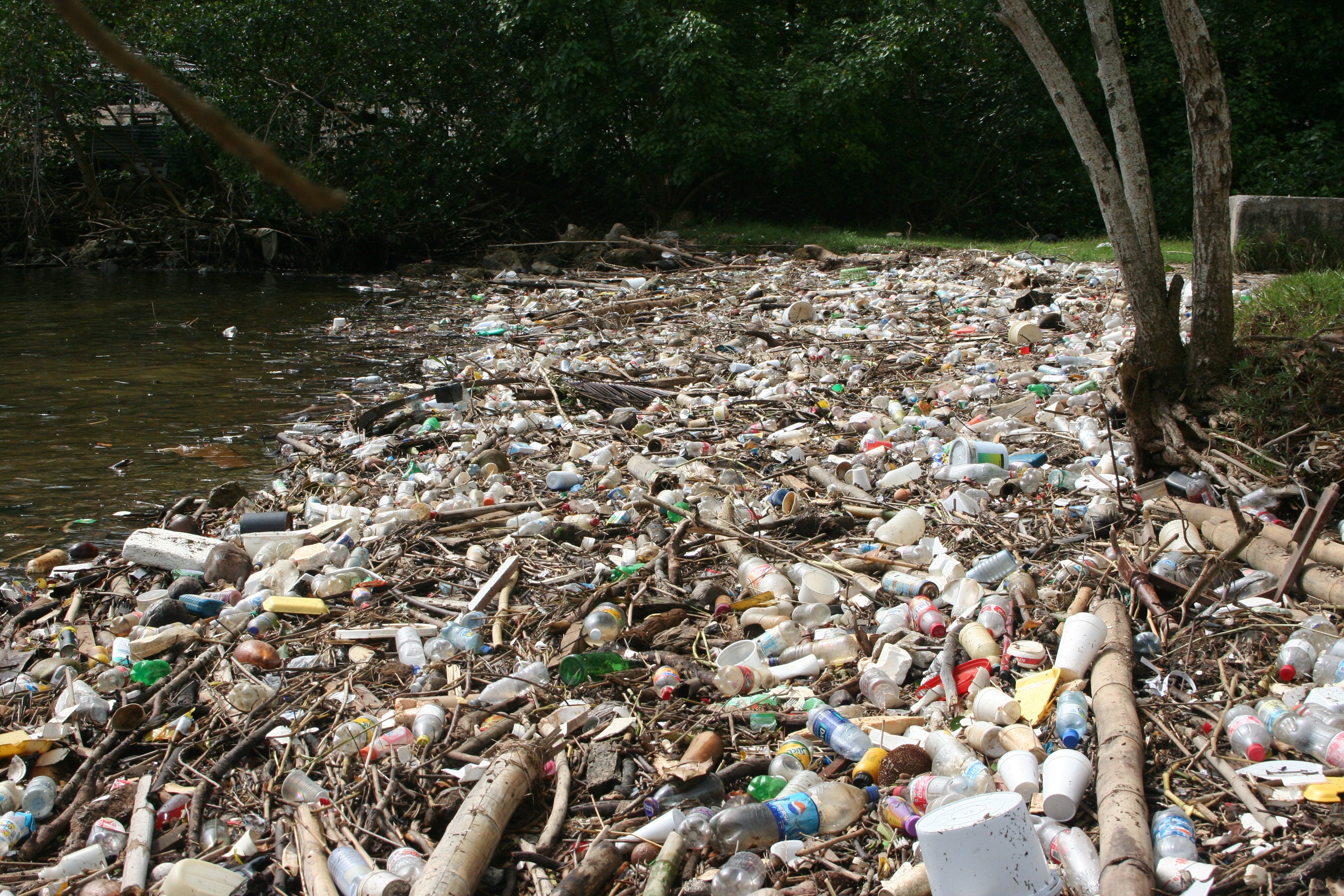 Marine Pollution: The Environmental and Economic Benefits of Recycling

Over the years, Trinidad and Tobago has produced increasing amounts of Municipal Solid Waste, with high amounts of single-use plastics entering our marine ecosystem. Our high level of mismanaged pollution clutters the landscapes, degrades the overall health and viability of our fragile marine and terrestrial ecosystems, and harms marine animals that become entangled in, suffocated by, or ingest these plastics.
As citizens, we have grown accustomed to discarding our garbage wherever we go, whether it be on the beach, in rivers, or on the roadside. Our polluting habits introduce toxins, foul odours and other hazardous elements into our delicate marine environment. A lot of these pollutants are non-biodegradable and can be easily mistaken for food by marine animals, subsequently choking them or leading to their demise in one way or another. Scientists have found that some fish eat plastics because it smells like food once it is covered with algae. An unhealthy marine environment can lead to contaminated organisms, which if consumed by humans, create health risks.
We are aware of what pollution does to both the marine and land environments. We have seen the commercials, and heard the plight of many organisations both local and international. So why are we not paying attention? These materials that we so carelessly discard can be converted from pollutants to recyclable commodities.
Coupled with the country’s environmental degradation dilemma, is the need for economic diversification. Economic Diversification within Trinidad and Tobago has been on the forefront for quite some time, and is an area of concern for governments and citizens alike. To date, our Government’s main economic driver remains the non-renewable hydrocarbon resource to sustain our economy. However, there is another viable niche of income generation, which promotes environmental sustainability, that our country can explore – Recycling.
The Scrap Recycling Industry
Recognized as one of the world’s first green industry, the Scrap Recycling Industry is a thriving economic engine and job creator, while also having a positive impact on the environment. Globally, there is a heightened awareness of the benefits of using scrap commodities given the earth’s limited natural resources. The Scrap Recycling Industry transforms outdated or obsolete scrap into useful raw materials needed to produce a range of new products. This industry is also a pivotal player in environmental protection, resource conservation, and sustainable development.
There are a wide range of recyclable commodities: iron and steel; metals such as aluminium, copper, lead, nickel, tin, and zinc; precious metals such as gold, silver, and platinum,; paper; fibre; plastics; electronics; tires and rubber; glass; and textiles. These recycling commodities are exported and traded to areas with the technology to consume them. For example, the United States exported more than 37 million metric tons of scrap commodities valued at USD$16.5 billion in 2016 (ISRI, 2017).
These same recyclable goods that we use locally, are profits/returns waiting to flow into our country’s economy, instead of being wasted and dumped in the landfill. Our very own Caribbean sister, the Dominican Republic, has been acknowledged in the 2017 in the Institute of Recycling Industry’s Yearbook, as one of the top twenty (20) exporters of lead. So the thought of the inability of a ‘developing country’ performing such a grand task should be far from our minds. Trinidad and Tobago is very much capable of developing a formalised scrap recycling system that will directly and indirectly support a series of well-paying jobs while generating economic activity and promoting environmental sustainability.
Yes, there are local companies that have and are actively trying to develop the recycling sector. However, there is a need for a better understanding of the recycling industry and the Scrap Commodity Market. A large percentage of the population are not even aware of the efforts of these recycling companies. Therefore, more has to be done to repeatedly sensitise our citizens on the issue. We need to have the spirit of recycling injected into the very veins of our society, so that much more material can be recycled, more revenue generated, and much less pollution takes place.
What can be done?
There is the need for greater public education and awareness of marine pollution and recycling, and the transformation of that knowledge into attitudes and practices. Strategies like curb side recycling need to be implemented, where households are responsible for sorting their litter, and separate collection of plastics, aluminium, glass etc. is done by the regional corporations, supported by enabling legislation.
We need more efforts from local bottle, paper and glass factories to help change the mentality and actions of our citizens through the introduction of systems for recycling of litter- particularly plastics. More efforts on reusing recyclable material need to be highlighted, such as Nature Seekers and their recycling of glass to produce bracelets. Additionally, national emphasis also needs to be placed on the 5 Rs- reuse, reduce, recycle, repair and refuse. The Draft Beverage Container Bill is an example of the Government’s enabling of a 5Rs environment. And most importantly, we need the cooperation from all citizens.
Recycling is beneficial to our environment and the economy. It is of paramount importance that we seek to develop a Recycling Industry that promotes public awareness of the vital role it plays on our fragile environments, on the economy, global trade, and the overall sustainable development of Trinidad and Tobago.