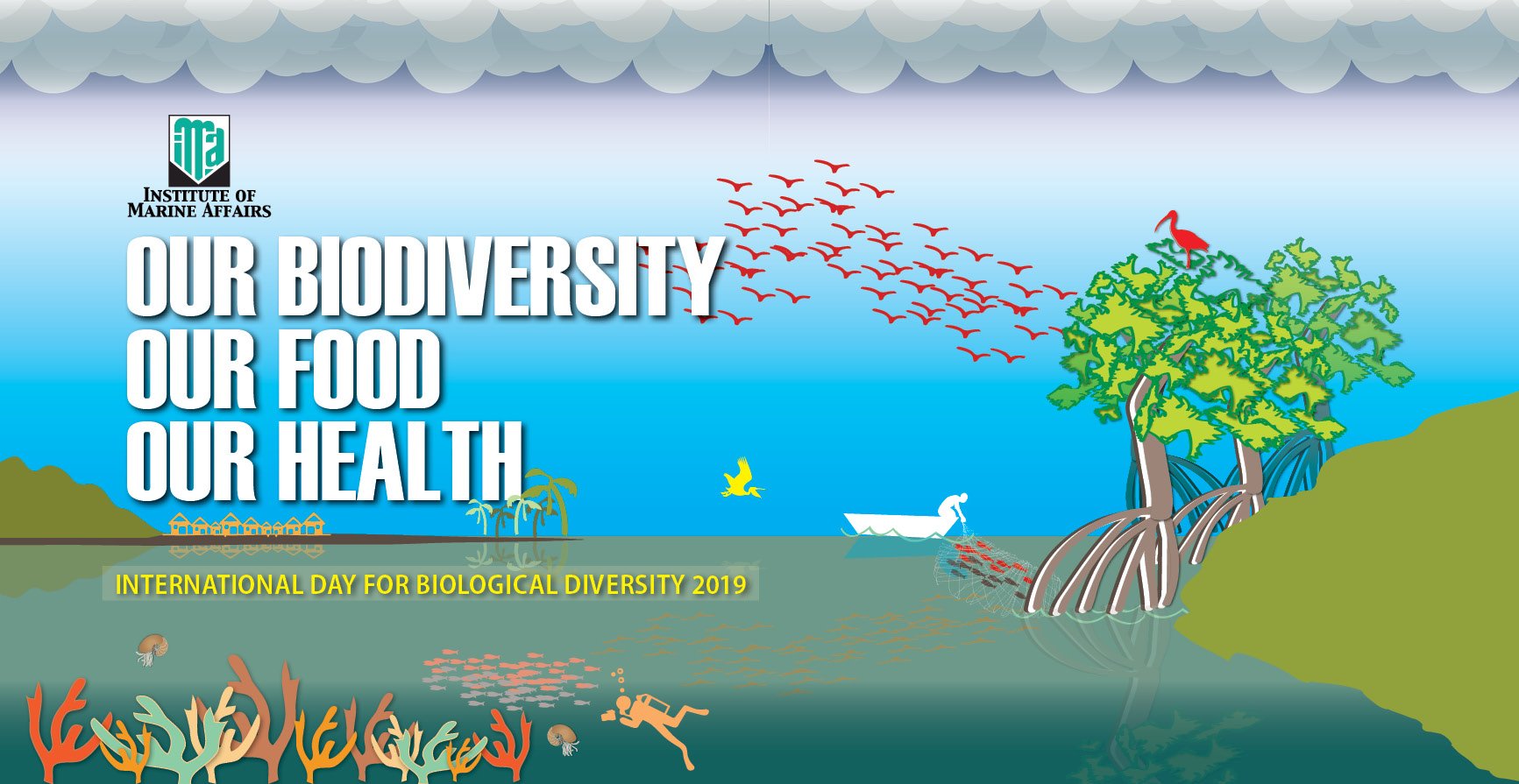 Nature is declining globally at rates unprecedented in human history — and the rate of species extinctions is accelerating, with grave impacts on people around the world now likely. This is the warning coming out of a landmark new report from the Intergovernmental Science-Policy Platform on Biodiversity and Ecosystem Services (IPBES), the summary of which was approved at the 7th session of the IPBES Plenary in Paris in May 2019.

Compiled over three years by 145 expert authors from 50 countries, and with inputs from another 310 contributing authors, IPBES Global Assessment Report on Biodiversity and Ecosystem Services is the most comprehensive ever completed and the first intergovernmental report of its kind.  Among the expert authors was Trinidad and Tobago’s esteemed Professor John Agard of the University of the West Indies. The report assesses changes in biodiversity and ecosystem services over the past five decades, and provides a comprehensive picture of the relationship between economic development pathways and their impacts on nature. It also offers a range of possible scenarios for the coming decades.

According to IPBES Chair, Sir Robert Watson. “The health of ecosystems on which we and all other species depend is deteriorating more rapidly than ever. We are eroding the very foundations of our economies, livelihoods, food security, health and quality of life worldwide.” He went on to say that the Report also tells us that it is not too late to make a difference, but only if we start now at every level from local to global.  Through ‘transformative change’, nature can still be conserved, restored and used sustainably – this is also key to meeting most other global goals such as the Sustainable Development Goals. By transformative change, we mean a fundamental, system-wide reorganization across technological, economic and social factors, including paradigms, goals and values.

Biodiversity and nature’s contributions to people are our common heritage and humanity’s most important life-supporting ‘safety net’, but our safety net is stretched almost to breaking point,” said Prof. Sandra Díaz (Argentina), co-chair of the Global Assessment.  “The diversity within species, between species and of ecosystems, as well as many fundamental contributions we derive from nature, are declining fast, although we still have the means to ensure a sustainable future for people and the planet.”

The Report finds that around 1 million animal and plant species are now threatened with extinction, many within decades, more than ever before in human history.  The average abundance of native species in most major terrestrial habitats has fallen by at least 20%, mostly since 1900. More than 40% of amphibian species, almost 33% of reef-forming corals and more than a third of all marine mammals are threatened.

In addition, at least 680 vertebrate species have been driven to extinction since the 16th century and more than 9% of all domesticated breeds of mammals used for food and agriculture have become extinct by 2016. At least 1,000 more breeds still remain threatened. The picture is less clear for insect species, but available evidence supports a tentative estimate of 10% being threatened.

To increase the policy-relevance of the Report, the assessment’s authors have ranked, for the first time at this scale and based on a thorough analysis of the available evidence, the five direct drivers of change in nature with the largest relative global impacts so far. These culprits are, in descending order:

The Report notes that, since 1980, greenhouse gas emissions have doubled, raising average global temperatures by at least 0.7°C. With climate change already impacting nature from the level of ecosystems to that of genetics impacts are expected to increase over the coming decades, in some cases surpassing the impact of land and sea use change and other drivers.

Despite progress to conserve nature and implement policies, the Report also finds that global goals for conserving and sustainably using nature and achieving sustainability cannot be met by current trajectories. Goals for 2030 and beyond may only be achieved through transformative changes across economic, social, political and technological factors. Current negative trends in biodiversity and ecosystems will undermine progress towards 80% (35 out of 44) of the assessed targets of the Sustainable Development Goals, related to poverty, hunger, health, water, cities, climate, oceans and land (SDGs 1, 2, 3, 6, 11, 13, 14 and 15). Loss of biodiversity is therefore shown to be not only an environmental issue, but also a developmental, economic, security, social and moral issue as well.

“To better understand and, more importantly, to address the main causes of damage to biodiversity and nature’s contributions to people, we need to understand the history and global interconnection of complex demographic and economic indirect drivers of change, as well as the social values that underpin them,” said Professor Brondízio, another co-chair of the Global Assessment. “Key indirect drivers include increased population and per capita consumption; technological innovation, which in some cases has lowered and in other cases increased the damage to nature; and, critically, issues of governance and accountability. A pattern that emerges is one of global interconnectivity and ‘telecoupling’ – with resource extraction and production often occurring in one part of the world to satisfy the needs of distant consumers in other regions.”

Other notable findings of the Report include:

According to the report, the five main interventions that can generate transformative change by tackling the underlying indirect drivers of nature deterioration are:

(2)       reforming sectoral and segmented decision-making to promote integration across sectors and jurisdictions;

(3)       taking pre-emptive and precautionary actions in regulatory and management institutions and businesses to avoid, mitigate and remedy the deterioration of nature, and monitoring their outcomes;

(4)       managing for resilient social and ecological systems in the face of uncertainty and complexity to deliver decisions that are robust in a wide range of scenarios; and

(5)       strengthening environmental laws and policies and their implementation, and the rule of law more generally. Local initiatives being undertaken to address biodiversity loss include the finalisation of new policies such as the Integrated Coastal Zone Management Policy, the update of the National Environmental Policy, new and amended legislation on managing fisheries resources and addressing pollution, and the Improving Forestry and Protected Areas Management in Trinidad and Tobago (IFPAMTT) project.  Through the IFPAMTT project, management plans have been developed for six pilot protected areas: Northeast Tobago marine area, Main Ridge Forest Reserve, Matura Forest and coastal zone, Nariva Swamp and coastal zone, Trinity Hills Wildlife Sanctuary and Caroni Swamp with an overall goal to conserve globally-important biodiversity in Trinidad and Tobago.

We all protect our species