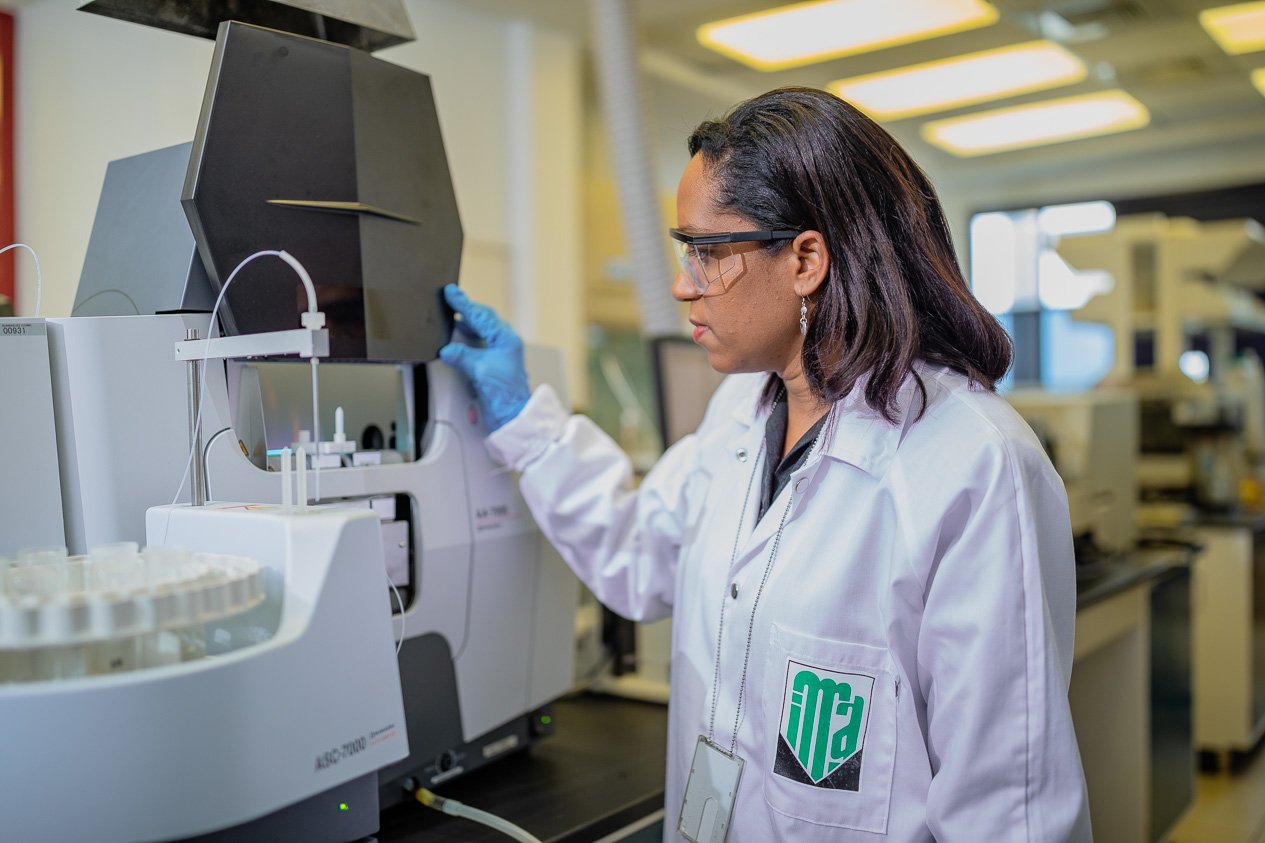 The Importance of Gender Equality to Marine Sciences at the IMA

From the brackish waterways dotted with hectares of healthy mangroves on Trinidad’s shorelines to scenic underwater seascapes of coral reefs in Tobago, female scientists at the Institute of Marine Affairs (IMA), alongside their male colleagues, continue to dedicate their time and efforts to  conserve our precious marine and coastal resources.   These marine and coastal resources, which are at present under threat from human activity from both man and woman are essential for our existence on this planet. In reversing the failing health of these natural resources, the IMA wishes to acknowledge the increasing role that women play in environmental research not only at the IMA but around the world.

The IMA joined the international community on March 8th, 2020, in recognising International Women’s Day.  This year’s theme, “I am Generation Equality.  Realising Women’s Rights” focused on the significance and promotion of gender equality to address the need for the inclusion of women in decision-making at all levels.   At the IMA, gender equality is acknowledged as a fundamental right and is regarded as critical to addressing challenges facing the marine environment.  Women at IMA can be found in every strata of the research process and its supporting systems. Women are equally represented in marine environmental science research projects and hold senior positions in the research programmes.  There are also women in senior management positions steering IMA towards excellence at the local and regional levels.

Why is gender equality important to the study of marine sciences?

Trinidad and Tobago’s marine environmental health hinges on the pertinent and timely scientific research conducted at the IMA that guide policies.  Gender equality ensures that female scientists play an equitable role in contributing to the policy-making process by scrutinizing existing research results and filling data gaps, encouraging discussion and debate, and expanding viewpoints that has potential to spark new marine scientific discoveries. Without the voices and inputs of women, scientific perspectives and knowledge would only be representative of fifty per cent of the population, which often results in untapped potential of brilliant girls and women.  Gender inequality, therefore, represents a lost opportunity.

According to a UNESCO 2015 report, gender equality is mainly under-represented in Science, Technology, Engineering and Mathematics (S.T.E.M) school curriculum at the secondary and tertiary levels in several developing and surprisingly a few developed countries – signaling lost opportunities. Conversely in Trinidad and Tobago, this disparity is not as profound as equal representation is almost one hundred per cent (100%) for both genders.  Our public education system has ensured that women are well represented among our research professionals.

Gender equality ensures that all voices, concerns, perspectives, and different kinds of knowledge and knowing can be brought to bear on emerging issues such as the Blue Economy, Climate Change, Oceans Policy and the Survivability of Communities that live on our coastlines.

From inception, the IMA continues to enable gender equality with significant contributions from notable past and present female scientists.  Examples of extraordinary past female scientists at the IMA include, Dr. Avril Siung-Chang, who carried out extensive research and authored several publications on the deleterious effects of marine pollution; Dr. Sherry Heilemann and Dr. Amoy Lum Kong both contributed significantly to research in fisheries and unsustainable fishing practices; and,  Dr. Judith Gobin, who at present is a Senior Lecturer in Marine Biology at The UWI Department of Life and Sciences in St. Augustine, St. Augustine Campus, spearheaded extensive research in marine biodiversity. Contributions from current female scientists include scientific solutions to address issues such as bathing beach water quality, unsustainable fishing practices, threats of all types to wetlands (mangroves, seagrasses, coral reefs), environmental incidents such as fish kills, oil spills, marine mammal stranding, and marine pollution.

The United Nations (UN) Sustainable Development Goals (SDGs) Goal No. 14 – “Life under Water”- call for the protection of all life and ecosystems that is found underwater.  This essentially requires a reliance on the talent, skills and experience from men and women thereby enriching the talent pool for marine research.  Gender equality is also a major focus area for the UN’s Sustainable Development Goal No. 5 – which is to “Achieve Gender Equality and Empower Women and Girls”, by 2030.  Trinidad and Tobago and the IMA is well on the way to being national role models in this regard.

Protecting marine and coastal resources requires a change in perception and behaviours. However, change needs a collective effort by all.  Perspectives from all women are important: the scientist; the fisherfolk, the small businessperson operating on the coastline; indeed, all. The IMA therefore takes this opportunity to recognize the many achievements of our women marine scientists not only at the IMA but throughout Trinidad and Tobago.