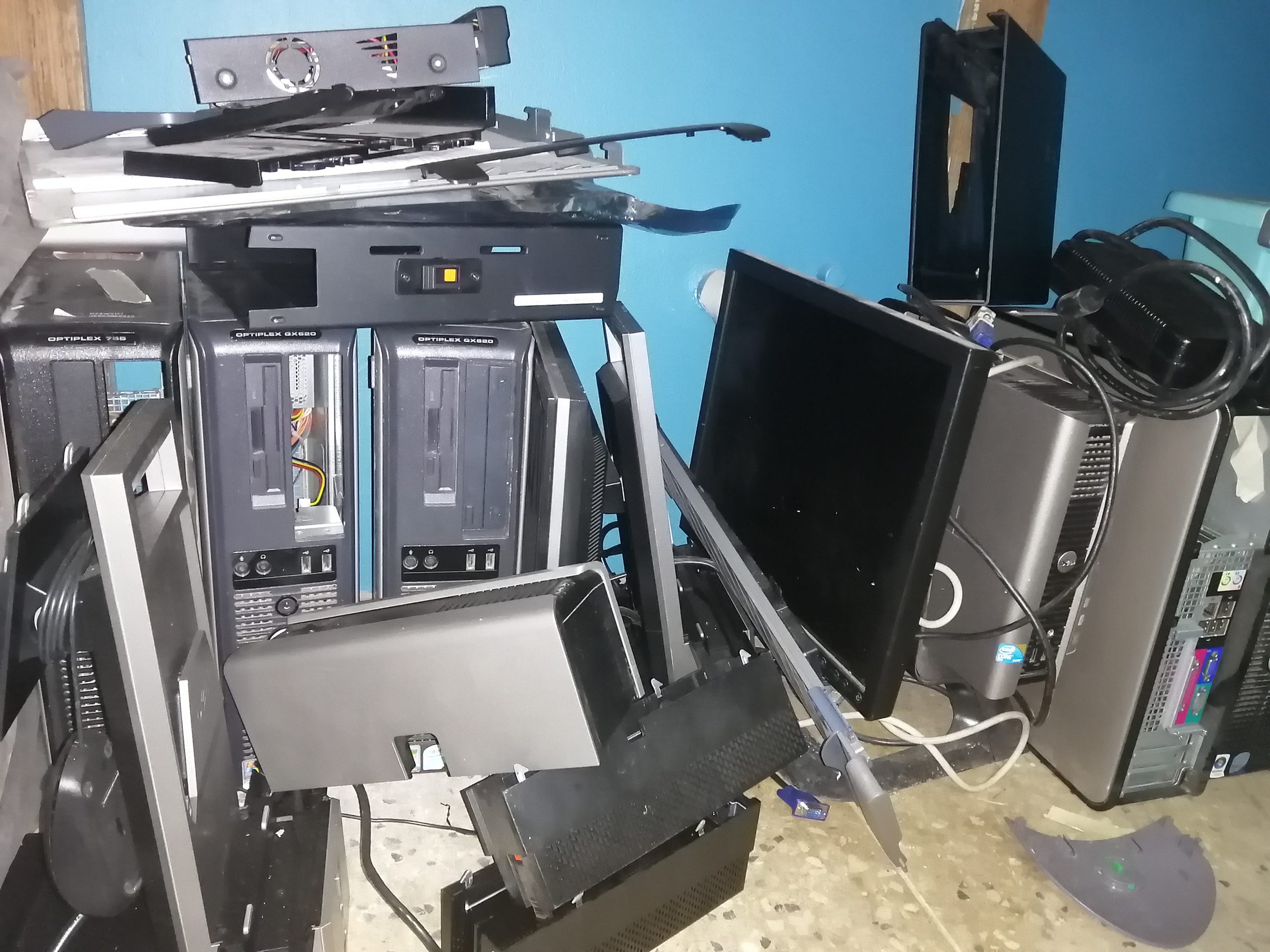 In the aftermath of the World Health Organisation (WHO) declaring the dreadful COVID-19 virus a pandemic on the 11, March 2020, information communication technologies and the use of electronic devices and gadgets have skyrocketed in Trinidad and Tobago.  Physical distancing has become the ‘new normal’.   For many of us, online connection and remote work have replaced face-to-face interaction. In an attempt to minimise contagion and the spread of the COVID-19 pandemic, the private sector upgraded online services and rolled out mobile apps to stay connected with their customers and clients, while several government ministries and agencies, inter alia, implemented work-at-home arrangements  for employees. Governments too has sought to fast tract the offering of e-government services.

Additionally, universities and tertiary institutions transitioned to providing online learning to enrolled students. The Ministry of Education declared the virtual classrooms for the nation’s pupils for the new academic calendar, which began in September 2020. All of this arose from concerns surrounding the possibility of a worsening spike in community spread of COVID-19 cases.  This shift to virtual classrooms, online learning, e-government services, and e-banking services saw a surge in demand for laptops, tablets, smartphones, Internet of  Things (IoT) devices and other electronic gadgets within the last six months.  No doubt, these devices have made our lives more convenient, but did we ever stop to think what happens to all these electronic devices as waste at the end of their life span or how our electronic waste (e-waste) is managed?

According to Britannica.com, electronic waste or e-waste can be defined as any type of electric and electronic equipment that becomes obsolete or is irreparable and include our household appliances and major and minor equipment used in the field of information communication technologies (ICT).  If unsustainably discarded, these gadgets and devices contain toxic substances that can prove harmful to human health and the environment.  Public awareness is paramount to manage e-waste, which is becoming one of the fastest growing waste streams in the world. According to the Global E-Waste Monitor 2020 published by the United Nations, a staggering 53.6 million metric tonnes of e-waste were generated in 2019 of which 45 million metric tonnes were either dumped in landfills, burned or discarded in an unsustainable way.  In its 2016 Global E-Waste Monitor Report, the United Nations University (UNU) also estimated that Trinidad and Tobago generated 22 thousand tonnes of e-waste.   Established by the WEEE Forum, a not-for-profit international association and endorsed by the United Nations Environment Programme (UNEP), October 14 has been declared International E-Waste Day every year since 2017.  The objective is to raise awareness on, and promote environmentally sustainable disposal methods for e-waste throughout the world.

Disposing of unwanted or obsolete electronic devices using a sustainable approach is very important as many of these contain toxic substances such as mercury, lead, zinc, copper, cadmium and beryllium.  In the scientific world, these toxic substances are referred to as heavy metals and can pose a threat to the marine environment if indiscriminately dumped in landfills or thrown into rivers and waterways.  These toxic substances can leach into the groundwater and run-off into our rivers and seas adversely impacting aquatic ecosystems.

Research conducted on the coastal areas of the Gulf of Paria by the Institute of Marine Affairs in 2011, revealed that lead, mercury and cadmium (heavy metals) were present in the marine environment and had the capacity to bioaccumulate in aquatic organisms. Bioaccumulation is the gradual accumulation of substances from the environment into the tissues of organisms.  The report further indicated that heavy metals (lead, mercury, copper, zinc and cadmium), which were identified as land-based sources of pollution, were likely to adversely affect aquatic life (IMA, 2011).  Other scientific  studies have reported on the bioaccumulation of these heavy metals in fish, particularly in the liver, gills and flesh adversely influencing the vital operations and reproduction processes , weakening the immune system and inducing pathological changes in them (Babwuro, 2018).

Aquatic ecosystems, such as wetlands, seagrasses and coral reefs, are unfortunately, vulnerable to heavy metal contamination and pollution.    An International study has demonstrated that traces of lead, mercury and copper were found in mangroves and seagrasses and thereby negatively affecting ecosystem services by reducing fecundity. (Bonanno et al., 2017).  Once accumulated in sediments, the heavy metals move up the food chain posing a threat to man.

E-waste, once it leaches into our environment, can affect our immune systems and overall health.  Toxic substances such as lead, generally contained in computer and laptop monitors, is known to affect kidney functions and the central nervous system in humans.  According to a World Health Organisation Report published in 2008, entitled ‘GUIDANCE FOR IDENTIFYING POPULATIONS AT RISK FROM MERCURY EXPOSURE’, mercury, found largely in several household appliances such as refrigerators and microwaves, was discovered to contribute to liver damage in humans putting young children and developing fetuses at risk.

Effective management of e-waste is paramount to prevent these toxic substances and materials from entering our environments, and the transboundary movement of these hazardous materials between nations. The formulation and implementation of a national policy through relevant legislation is an effective means to manage e-waste as evident in several European nations where regulation is strict and enforced under the Waste Electrical and Electronic Equipment directive.

Although Trinidad and Tobago has not enacted legislation specific to e-waste, it has formulated a national policy concerning the disposal of hazardous waste and the granting of permits for disposal of same.   In response to the illegal trade of e-waste and hazardous waste between developed and least developed nations, the United Nations adopted the Basel Convention on the Transboundary Movements of Hazardous Wastes and their Disposal, which came into force in 1992.  Two years later, Trinidad and Tobago became party to the Convention via accession in 1994 and in since 1995 has hosted the Basel Caribbean Sub-Regional Training and Technology Transfer Centre, which today is known as the Basel Convention Regional Centre (BCRC) for training and technology transfer in the Caribbean regarding the movement of hazardous waste and disposal. As a result, the Government must ensure that appropriate measures are in place to effectively manage hazardous waste, which now includes e-waste.

The increased demand of these devices means our business places, homes and schools are likely to generate three times more e-waste than before and this needs to be effectively managed.  However, there is a silver lining in every dark cloud. These devices can be recycled through laptop refurbishment projects, which can be undertaken in computer laboratories in secondary schools, universities, tertiary-level institutions or businesses.  The recycling program not only enables a device to be refurbished but instils values of conservation, innovation and environmental stewardship.  In fact, long before the world was disrupted by COVID-19 pandemic, a few local businesses have been leading in this area.   One such example is the ‘Restore A Sense of I Can (RSC)’, a non-profit organisation which embarked on an e-waste project aiming to educate the public on adverse effects of dumping e-waste and enabling the recycling of e-waste.  We invite you to visit www.swmcol.co.tt the website of the Trinidad and Tobago Solid Waste Management Company Limited to learn of e-waste disposal methods.

Management of our e-waste is paramount. When you invest in a new device, consider too what you will do when the product reaches the end of its economic life, and have a plan for its recycling, repurposing and disposal. Support firms that provide a recycle, reuse and disposal plan for the gadgets they sell. Save our planet, be responsible!

Bonanno, A. et al. (2017).  “Levels of heavy metals in wetland and marine vascular plants and their

Why should we be concerned about Nutrient Pollution?