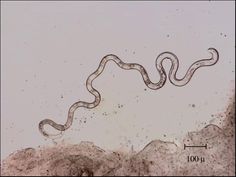 C. elegans is a transparent nematode worm 1 millimetre long with no eyes that eats bacteria. It is an organism the vast majority of human beings will probably never interact with but in the unlikely event that you do, its unremarkable appearance will probably not make an impression in your mind. Beauty as they say, is in the eyes of the beholder, and discovery is in the mind of the adventurer. C elegans, in the world of genetic biology, is an A-list celebrity.  It is Rihanna and Beyonce combined. The impact of these creatures is undeniable.

Despite their simplicity and two to three week life cycle, these creatures have been responsible for the awarding of Nobel prizes on three separate occasions: 2002, 2006 and 2008 to six different scientists for genetic studies. This humble worm was the first multicellular organism to have its entire genome sequenced. The first of its Nobel Prizes awarded in 2002 was for its contribution to apoptosis (from the Greek for “falling off” as in leaves of a tree) or “programmed cell death”. The process of apoptosis is important in the treatment of diseases such as cancer, something that would not have been possible without C. elegans. Without its discovery, chances are, the treatment of a number of diseases would not be as advanced as they are today. To say lives have been saved thanks to this nematode would not be an exaggeration.

Herein lies a real world example as to why the continued discovery of biodiversity and the many gifts that remain to be unopened by humans is so crucial. There are an estimated 8.7 million living organisms on Planet Earth.1 To date, only an estimated 1.2 million1 have been identified meaning the majority of living organisms on Earth remain to date, undiscovered. All of Earth’s estimated 8.7million species work together in harmonious existence to maintain the various ecosystems and services we, humans, rely on to live. It goes far beyond just the potential for treatment of diseases. This coupled with the Global Assessment Report on Biodiversity and Ecosystem Services’2 assertion that one million species are at risk for extinction, pinpoint the problem we now face.

When we hear about animals going extinct, our minds tend to wander to furry, lovable creatures such as tigers, pandas and polar bears. This is no coincidence as wildlife organisations have capitalised on the charisma of these endangered species to make the case as to the seriousness of biodiversity loss. However, there is more to it than losing animals we are fond of seeing. Potential medical discoveries, the provision of ecosystem services and any number of opportunities can possibly be lost forever.

Craig Mello, Nobel Prize winner and collaborator with C. elegans understandably has a great appreciation of all living things and not just those that are aesthetically pleasing. “All living things are masters of information assimilation and integration,” he said during a visit to the University of Delaware. “We think there is such a thing as ‘higher organisms’ — and we’re them. But every organism is equally high. All have sophisticated systems.”3.

In other words, there is value in all living organisms.  But will we only understand this value after it has disappeared? Nature still has many new stories to tell, solutions to provide and prizes to give. Imagine all that we could lose that we have not yet discovered. Maybe nature’s greatest lesson is one of equality. Nothing exists without a purpose, therefore everything that exists is invaluable. Also, maybe it is time we stop giving worms such a bad rap. Sentiments echoed by Craig Mello, who reminds us, “If you’ve ever felt lower than a worm, stop that. And if you’ve ever felt superior to a worm, you can stop that, too,” There is an equal stratification across nature that renders the function of each creature an integral part of the whole. All living organisms should never be underestimated or undervalued even if they are just worms.

To paraphrase a hymn from my primary school, “All things bright and beautiful, all creatures great and small, all things wise and wonderful, there is value in them all.”

https://www.nationalgeographic.org/encyclopedia/biodiversity/IPBES (2019): Global assessment report on biodiversity and ecosystem services of the

The IMA’s Lionfish SeaiTT Mobile App: Marine Conservation in the Palm of Your Hand