IMA > News  > Mariculture in the Blue Economy: An ocean’s worth of potential for Trinidad and Tobago 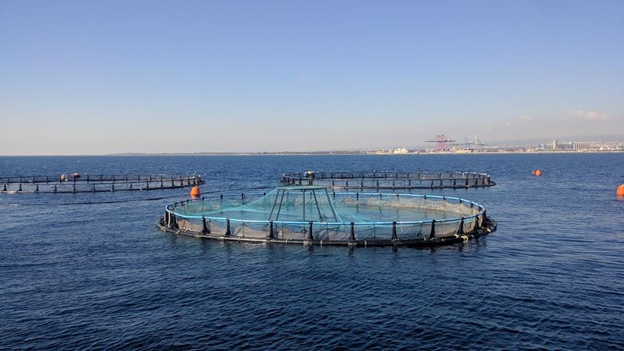 Mariculture in the Blue Economy: An ocean’s worth of potential for Trinidad and Tobago

Our oceans play a role bigger than most can imagine, from producing over 50% of the air we breathe, to regulating the earth’s climate. It is safe to say that life, as we know it on earth, would not be possible without our oceans. Human civilization has long relied on oceans for transport, trade, extractive resources and as a source of food. However, this reliance has led to environmental degradation and over exploitation of its resources.

The concept of the ‘Blue Economy’ addresses how we utilise our oceans by calling for the sustainable use of its resources to ensure it contributes to economic growth while providing livelihoods and at the same time, ensuring that ecosystem health is maintained. The Blue Economy also encourages innovation as we think of ways we can use our oceans. In Trinidad and Tobago, tourism, capture fisheries, maritime transport, and offshore oil and gas exploration and its downstream industries are well-established blue economy sectors that have contributed to our national development.

However, we must look to emerging industries through the lens of the Blue Economy to ensure that our ocean’s space, which is approximately 15 times larger than our land area, can continue to contribute to our society in a sustainable manner. One sector that has great potential for Trinidad and Tobago is Marine Aquaculture, or more simply, Mariculture.

Trinidad and Tobago has been involved in aquaculture for many decades, but it has primarily been freshwater-based production of species such as Tilapia, Prawns and Cascadoux, which are commonly farmed in earthen ponds, and more recently in recirculating aquaculture systems (RAS). The production of these species is typically done at relatively small scales and growth in this sub-sector has been hindered by the lack of an enabling environment. While there is significant work to be done to promote the growth of freshwater aquaculture, coastal and ocean-based mariculture presents an exciting opportunity.

Previous attempts to develop the mariculture sector has proven challenging. Pilot projects to produce Seamoss, Asian tiger shrimp and Cobia have not resulted in commercial scale operations to date. Lack of investment, theft of infrastructure and poor species selection can be attributed to this. Moving forward, these issues will have be addressed to ensure this new push for mariculture leads to sustainable growth.

The development of mariculture can address several economic and environmental challenges we face today. As most of our commercial fish stocks are considered fully exploited or over-exploited due to a variety of factors ranging from overfishing, climate change, habitat loss, coastal degradation and pollution, they are unable to provide a consistent supply of seafood. Mariculture provides an opportunity to help fill this gap in supply. In doing this, a reduction in our food import bill can be achieved if production levels are high enough to reduce the volume of seafood imported.

Mariculture can also aid in the diversification of our economy as new export markets for high-quality seafood and seafood products provide additional revenue generation possibilities. In so doing, the long-standing goal of increasing the contribution of agriculture to our national GDP can be achieved. These goals align with both local and international targets outlined in the National Development Strategy of Trinidad and Tobago 2016-2030 and the United Nations’ Sustainable Development Goals (SDGs) and in particular SDG 14 which calls for us ‘to conserve and sustainably use the oceans, seas and marine resource for sustainable development’.

Since 2018, the Institute of Marine Affairs (IMA) has been engaged in a number of activities aimed at laying the groundwork for Trinidad and Tobago’s Mariculture industry. These activities fall under the wider project ‘The Development of The Mariculture Industry of Trinidad and Tobago’. The overarching goal of this project is to conduct applied research, which will investigate the use of various forms of mariculture production systems and species, and determine areas most suitable for these activities to occur. The Government of the Republic of Trinidad and Tobago (GORTT) has been supporting this initiative through Public Sector Investment Programme (PSIP) funding. In late 2019, a 3,800 sq. ft. mariculture laboratory facility was constructed at the IMA to begin experimental work.

Once operationalised, the IMA will commence trials into commercially important marine finfish species, such as Grouper (Epinephelus spp.) and Snapper (Lutjanus spp.), shelled fish species and macro-algae. Studies of these species’ growth, behaviour, environmental tolerances, and reproductive biology will be undertaken. The results of these trials will be used alongside another activity of the project, which is to determine which areas in Trinidad and Tobago’s waters are most suited for mariculture activities, be it nearshore or offshore. Suitability will be determined by inputting relevant parameters into a multiple criteria analysis model. Further analysis will be carried out once suitable areas are determined.

Later stages of the project would build on the previous work and would see the deployment of experimental ocean-based mariculture installations, such as floating cages and rafts for the culture of finfish, shellfish, and algae. Through this, the IMA intends to attract the interest of stakeholders and investors to illustrate the potential of mariculture in Trinidad and Tobago and to work alongside them to develop commercial scale systems.

In laying the groundwork for a mariculture sector in Trinidad and Tobago, policies and regulations would need to be implemented to coordinate the activities of the sector. This is necessary to ensure that the scale of production and location of any mariculture system in the marine environment is economically viable, logistically feasible and environmentally sustainable. Mariculture activities will also have to co-exist alongside existing and other emerging blue economy sectors highlighting the need for effective marine spatial planning in our coastal zone.

Reeling from the impact that the COVID-19 pandemic has had on global trade, Trinidad and Tobago and other Small Island Developing States (SIDS), must use this moment to make meaningful steps towards food security. Investing in the mariculture sector is an essential step to achieve this.

The IMA’s Lionfish SeaiTT Mobile App: Marine Conservation in the Palm of Your Hand