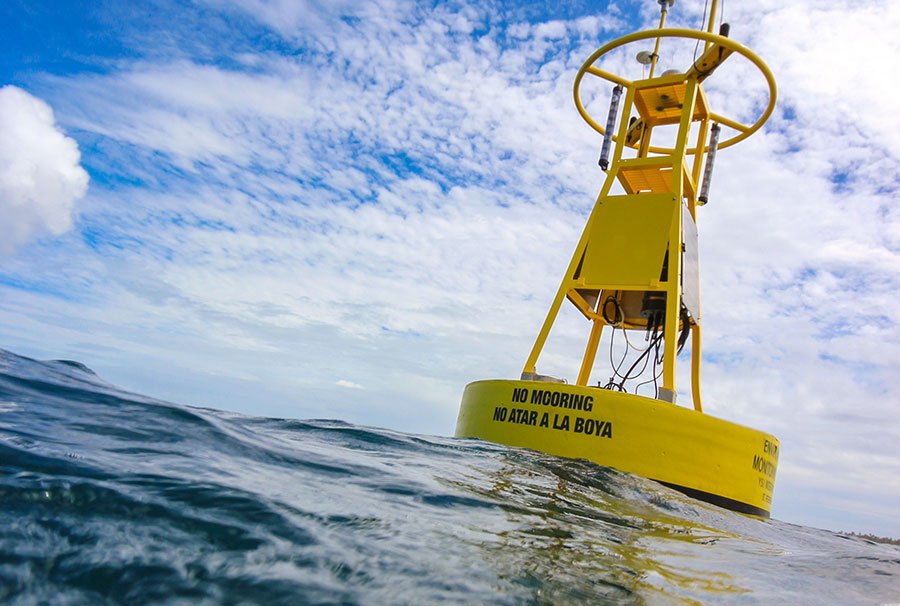 “The Ocean: Life and Livelihood,” the theme of World Ocean Day 2021 celebrated on June 8th, reminds us of how intrinsically linked the ocean is to human existence and our very survival on earth. The Ocean sustains life by providing the vast majority of water, oxygen and food while maintaining a habitable temperature, and absorbing our carbon emissions. Unfortunately, human activities have negatively impacted the oceans causing accelerated climate change, depleted fish populations, the destruction of coral reefs and other marine ecosystems and with it the life it sustained. It is now time for action, to protect and preserve; to conserve and sustainably use Ocean resources; and how aptly the third goal of the United Nations (UN) Decade of the Ocean Science for Sustainable Development 2021 – 2030 fits this call: “A predicted ocean whereby society has the capacity to understand current and future ocean conditions, forecast their change and impact on human well-being and livelihoods.”

Why do we need to predict the Ocean?

Does it seem like reports of storm surges; rough and rising seas, coastal flooding and erosion are more pervasive today than ever before?  These climatic conditions and phenomenon have always existed and have been understood for a long time, so why is it so topical now? This could be due to a number of factors, but high on the list would be the fact that the world is now more dependent on the ocean than ever before. Globally, the oceans serve as the world’s largest source of protein, with more than 3 billion people depending on the oceans as their primary source of protein and over three billion people depending on marine and coastal biodiversity for their livelihoods and Trinidad and Tobago is no different.  According to an analysis of the contribution of Trinidad and Tobago’s coastal zone to the national economy, the estimate of Gross Domestic Product (GDP) in 2015 was US$22.5 billion; 81% of the country’s total GDP. It should be no surprise then, that impacts of ocean dynamics are felt to a greater extent today.

An article published by the International Council for Exploration of the Sea in January 2020 declares that over the coming decades, a changing climate and increased environmental stressors will have significant but unpredictable impacts on food security and human welfare. With expanding and higher dependence on ocean economies, increasing coastal population and competing demands on ocean resources, there is a need to understand the existing ocean conditions and how it will change and thus affect livelihoods and human life. The main goal of ocean prediction is to assess the impacts of those changes in order to mitigate or reduce associated risks, and to allow us to make sustainable choices when it comes to managing our ocean.

Poorly managed coastal and offshore developments have contributed to marine pollution, exacerbated coastal erosion, and resulted in degradation to marine ecosystems and resources. For Small Island Developing States (SIDS) such as Trinidad and Tobago, the potential impacts of changing ocean conditions are far more alarming. According to the Central Statistical Office, over 70% of the population of Trinidad and Tobago currently resides within the coastal zone. The threat of increasing coastal erosion is daunting, as much as 200 metres of coastal erosion on the south-western peninsular of Trinidad at Corral Point has been recorded by the Institute of Marine Affairs in the last 20 years and recent analysis for the 1994-2014 period shows areas of increased erosion on all coastlines of Trinidad and Tobago. Dwindling fish supply and dying coral reefs are all flashing red lights signaling for halt and restorative changes.

Understanding the physical, biological and chemical characteristics of the ocean allows us to predict how our actions will impact them and enables us to efficiently manage our marine resources and plan for the future changes. This is difficult to do when globally, over 80% of our oceans and coastlines are unobserved, unexplored and not well understood. The dedication of resources, sharing of knowledge and experiences, and the bringing together of experts from diverse disciplines, public and private industries for transdisciplinary ocean research in a global effort during the ocean decade is a giant step towards the goal of a predicted ocean. Initiatives under the ocean decade will provide an improved understanding of present and future ocean conditions which can lend to, amongst others, sustainable ocean management, nature-based and scientifically sound solutions to mitigate the impacts of coastal flooding and erosion, sustain healthy fisheries and protect sensitive marine ecosystems.

Can we really predict the Ocean?

​Ocean dynamics are far more predictable when compared to meteorological predictions in many ways. Forecasts are possible decades into the future for some ocean characteristics and seasonal and annual predictions are easily accomplished for others, while current climate predictions span weeks. However, it is almost impossible for ocean models or any model for that matter, to take into consideration all influencing parameters and so, there is a margin of error associated with any prediction. The Executive Secretary of the International Ocean Commission, Dr. Vladimir Ryabinin succinctly puts it, “All models are wrong, but some models are useful.”

Ocean models can include the prediction of physical, biological and chemical ocean parameters including temperature, currents, tides, waves, sea levels, blue carbon content, oxygen content, distribution and productivity of species. The main component of ocean prediction is data, which requires a systematic plan for its collection. Long-term ocean observations allow us to first understand the ocean characteristics, establish patterns of change over time and efficiently predict its future state. One of the major obstacles to ocean prediction in the Caribbean and other SIDS is a lack of long-term ocean observations at a representative scale. Ocean observations can be costly and require dedicated resources for maintenance of systems such as data buoys, current and wave meters, sea level gauges, chemical and biological water sensors. The decade for ocean science, we hope, will result in investment in scientific resources, which can alleviate these restrictions and can enablesustained and systematic ocean observations needed to document ocean change, and initialize ocean system models. The drive to build on advances in ocean robotics and the combination of remote and in-situ ocean observations will offer new opportunities and reduce operational costs.  The intention of the decade is to promote free and open data sharing.  Multi-stakeholder contributions by governments, the private sector and citizens will also significantly benefit island states like Trinidad and Tobago.

The predicted ocean goal of the decade goes a step further than understanding ocean dynamics and future changes but includes predicting their impacts on human well-being and livelihoods. This is a lot more relatable to society, while the significance of increasing sea level rise rates doesn’t resonate with most people, the resulting loss of beaches and coastal wetlands, coastal flooding and erosion, destruction of coastal infrastructure and properties have a direct impact on the majority of the population in Trinidad and Tobago.

Changes in ocean currents and temperatures do not seem that important but the resulting change in weather patterns, increased intensity of storms and impacts on agriculture, fish population and distribution affect us all. The goal is to provide useful predictions that are relevant to decision makers in all parts of society, thus meeting the information requirements to answer the specific questions of end users and in so doing provide the support needed to respond to the challenges of oceanic variability and foster sustainable use of ocean resources.

So whether you want to know what time is best for a visit to the beach or for a fishing trip or how to best protect your coastal property and especially if you have a keener interest in the survival of ecosystems and human life and livelihood; a predicted ocean is a most useful tool. It is a significant step towards designing the science we need for the ocean we want.