IMA > News  > There is no place like a Mangrove Forest 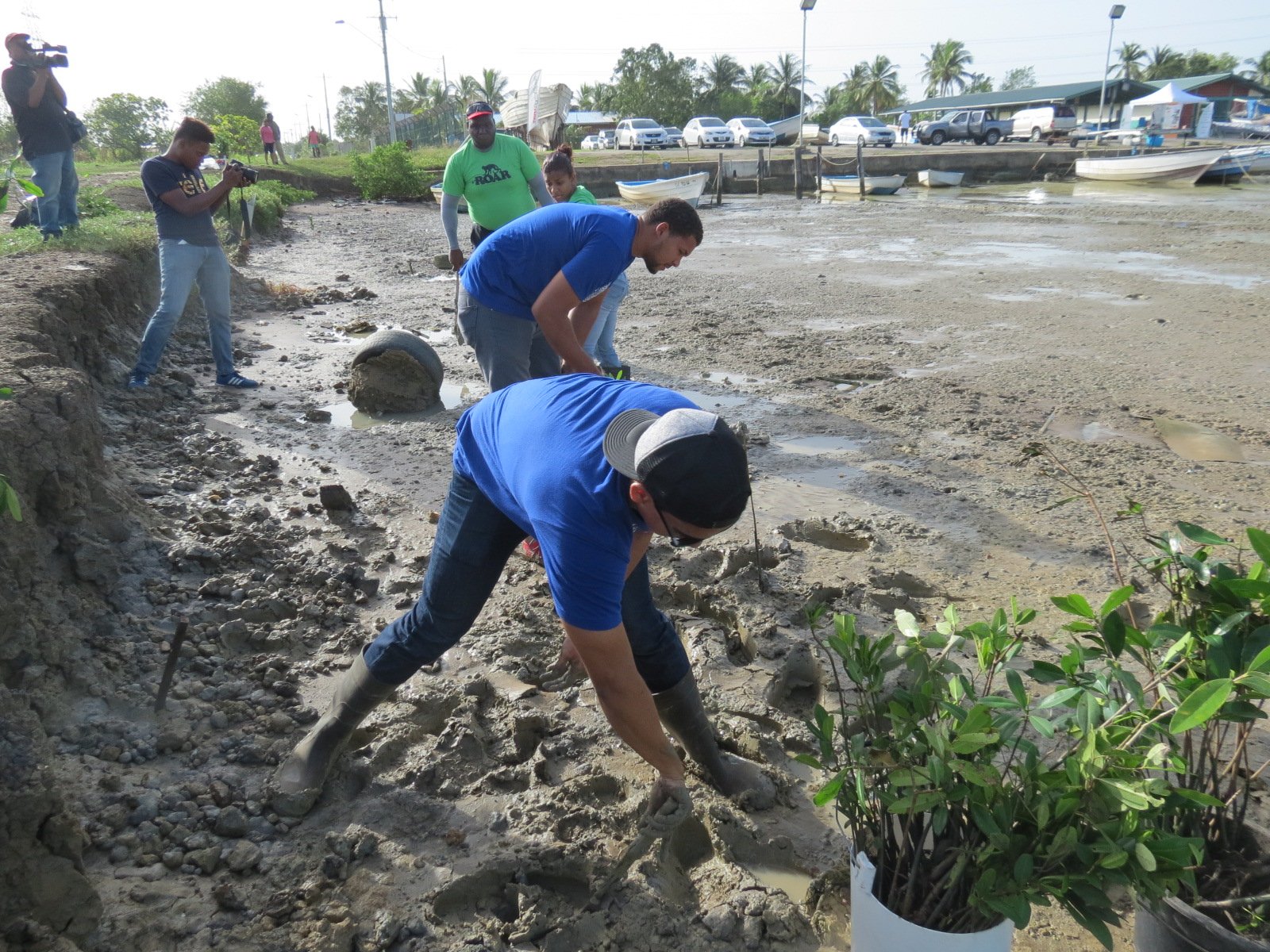 Who doesn’t know the tale of the Wizard of Oz? Who can’t relate? Following a winding brick road, meeting colourful characters along the way is an apt metaphor for life. We’re all just trying to find our way back home, wherever that may be. It seems too relatable at times. The story of the Wizard of Oz is one of seeking a return to the familiar after it seems like it has been long gone. Dorothy simply wants to return to Kansas rather than deal with flying monkeys, witches, wizards, tin men and scarecrows. Along the way, Dorothy is forever changed by her experience. While the comfort of Kansas was the goal, the magic of Oz was the story.

Ultimately, the story of the Wizard of Oz is realising the power that lies within to overcome challenging situations. All it takes is a couple clicks of special ruby red slippers to return home. Unfortunately, such magic is hardly commonplace when dealing with the threats facing our planet, even for people living in Kansas, I assume.  Before you roll your eyes and think this is just another piece on why the planet is doomed, I crave your indulgence; this is, in fact, quite the opposite. Maybe there is magic left in the world yet.

If we shift our focus from Kansas, across the Atlantic to the continent of Africa and the nation of Kenya to the remote villages of Gazi and Makongeni in Kwale County in Kenya’s South Coast we find a story of hope. In the not too distant past, like most places, the effects of destructive environmental practices on an already poverty-stricken community were threatening their way of life. The consequences of illegal mangrove logging filtered into the livelihoods of the Gazi and Makongeni resulting in a reduction in their fish catches. With the mangrove forests serving as nurseries for many fish species, removal of these habitats meant fish were also becoming scarce. This, coupled with diminished timber and plant products that were essential for medicines, laid bare the need for mangrove protection to communities whose very existence was threatened by  its continued removal.

Instead of waiting for someone else to address the problem, the community took ownership of their environment as they became involved in mangrove conservation. Thus the embers that sparked into the flame now known as “Mikoko Pamoja” or “Mangroves Together” were born. Beginning in 2014, the Mikoko Pamoja1 Community Based Organisation has conserved 117 ha of mangroves in Gazi Bay and has established an additional 10 ha of mangrove forests.

The story however, does not end there. In addition to preserving fishing and timber livelihoods, one additional benefit of the Mikoko Pamoja project is referred to in the local Swahili dialect as “kaa hewa” or carbon credits. Over the past two years, the community has earned 2.6 million Kenyan Shillings or 23,700 United States Dollars in carbon credits. For communities living with high poverty levels this money is transformative. It has been used to provide water for the villages, construct classrooms, purchase textbooks for local schoolchildren and has even helped in the support of a local football club.

Rightfully, the Mikoko Pamoja project has been held up as a beacon to the success of environmental restoration and its benefits as a model for the future. Not only has it protected traditional livelihoods but it has also resulted in tangible monetary gains and preserved the environment in one fell swoop. It is a lesson in appreciating the intrinsic value of the environment around us before it disappears. Trinidad and Tobago has approximately 7,139 hectares of mangrove forests. Even converting this to dollars and cents in terms of carbon credits would be undervaluing their usefulness. The potential of mangrove forests remains largely unrealised but this is slowly changing.

Communities living adjacent to mangrove forests  carry with them tremendous potential to greatly influence a number of environmental issues. That potential simply needs to be harvested and realised. The Mikoko Pamoja project is as much about community empowerment as it is about mangrove conservation. Much like Dorothy in her quest to return to Kansas the potential for change was never from some external source but from within. To quote Glinda the Good Witch, “You’ve always had the power my dear; you just had to learn it for yourself.”

Beyond the Blue – Season 3 Episode 2