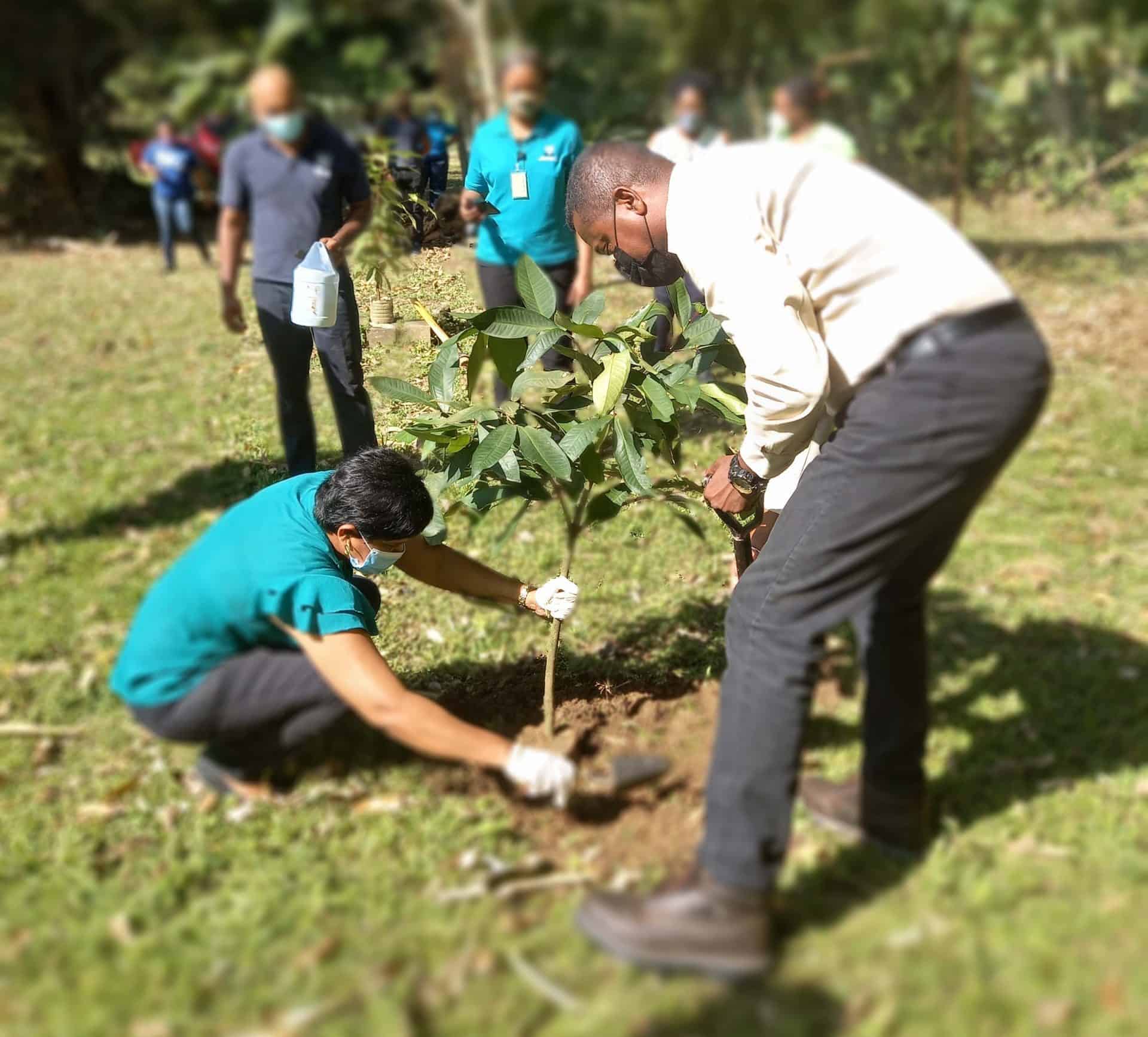 In the context of World Wetlands Day, celebrated annually on 2nd February, the Institute of Marine Affairs (IMA), organized a tree planting ceremony on the compound of the IMA.  The tree species that were planted were not wetland type species like mangroves but species such as Pommerac, Soursop, Chatagne, Sour Cherry and Lime to name but a few.

In a statement to staff who volunteered time and tree saplings, the Director (Ag.) of the IMA, Dr. Rahanna Juman, recalled that World Wetlands Day commemorated the date of adoption of the Convention on Wetlands on 2nd February 1971 in the Iranian city of Ramsar. The Convention on Wetlands also called the Ramsar Convention, is an intergovernmental treaty that provides the framework for the conservation and judicious use of wetlands and their resources, which are designated Ramsar sites.  She reminded all that the Ramsar sites in Trinidad included the Caroni Swamp, Nariva Swamp and the Buccoo Reef Bon Accord Lagoon Complex.

Under this year’s theme “Wetlands, Action for People and Nature”, she reminded staff of the call to take action for wetlands especially in light of this year 2022 being made the first year that World Wetlands Day would be observed as a United Nations day, following its adoption by the General Assembly on 30 August 2021.  According to Dr. Juman, wetlands are vital ecosystems which are key in ensuring freshwater, providing food, and mitigating climate change.  In recognition of the first year of UN International day status, she announced that the IMA intends to have a month-long celebration of activities including newspaper articles, word games and various social media posts.

Director of IMA, Dr. Rahanna Juman assisted by Finance and Administrative Manager, Mr. Glen Stephen, as she plants a pommerac tree on the compound of the IMA during World Wetlands Day Tree planting Ceremony

For her part, Dr. Juman urged staff to conserve wetlands, disseminate and share with friends and family and plant a tree if one is able.  Many members of the IMA Team planted about 15 young trees which they will nurture, water and tend so that tree becomes a mechanism for aesthetics, fruit and combatting climate change.

Women and Girls in Science ‘Equity, Diversity and Inclusion: Water Unites Us’