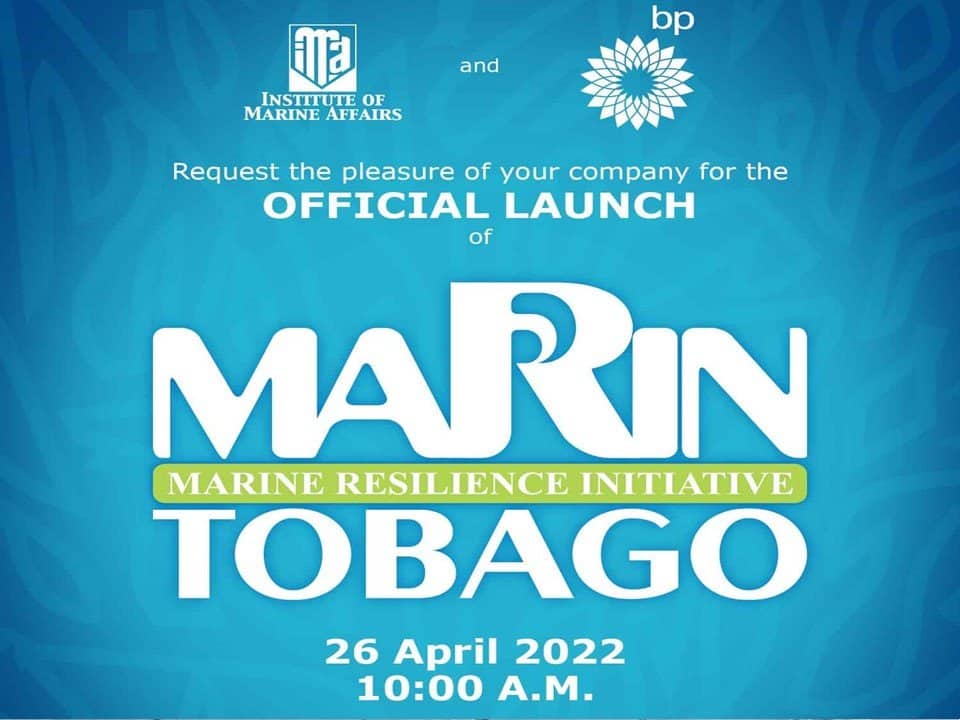 The Marine Resilience Initiative (MARIN) Tobago Project will be launched at the Pigeon Point Heritage Park, by the Institute of Marine Affairs (IMA), in partnership with bp Trinidad and Tobago. It is an 18-month pilot which seeks to determine the appropriate and feasible rehabilitation strategies for both the coral reef as well as the seagrass beds that surround Tobago.

The coral reef and seagrass beds that are part of Tobago’s marine ecosystem have suffered degradation over decades by a combination of climate change and human impacts. One of the most notable impacts was the loss of up to 50 per cent of hard coral cover due to global beaching in 2010. Seagrass beds along the island’s southwest coast have not escaped, facing land-based pollution, coastal developments such as land reclamation and events such as Sargassum influx.

The Honourable Penelope Beckles, Minister of Planning and Development and the Honourable Farley Chavez Augustine, Chief Secretary of the Tobago House of Assembly will bring Remarks.

The Chairman of the Board of Governors of the Institute of Marine Affairs – Chairman Hayden Alexander and IMA’s Chairman and bpTT Regional President, Ms. Claire Fiitzpatrick will also bring greetings.

Rip Currents! We must Exercise Caution on our Beaches!

International Year of Artisanal Fisheries and Aquaculture 2022 (IYAFA2022): SMALL IN SCALE, BUT BIG IN VALUE