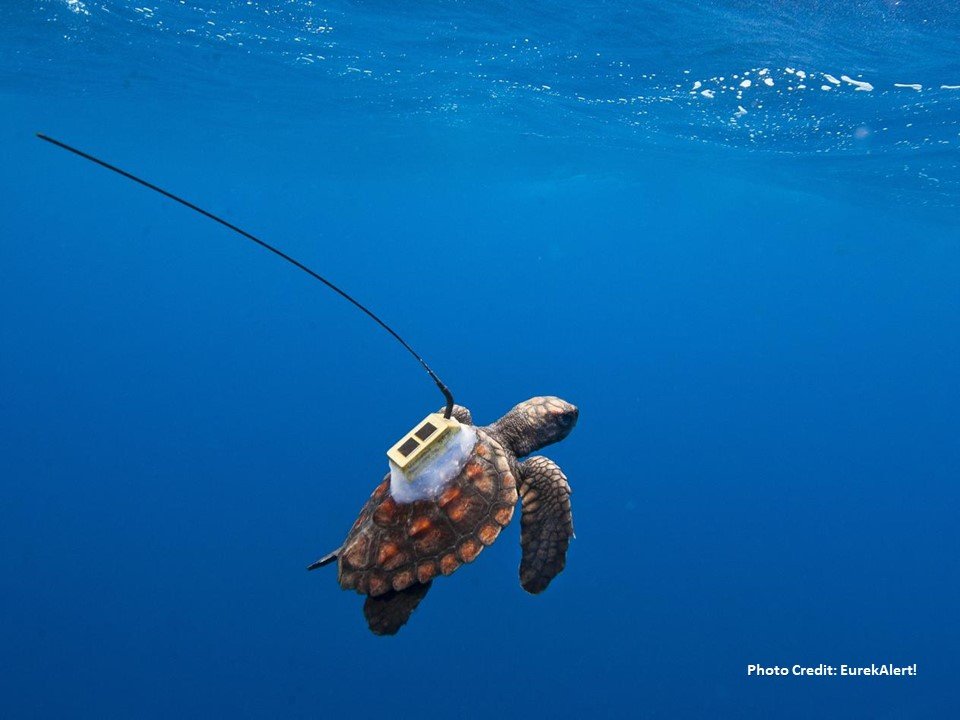 The month of May celebrates two auspicious days, World Biodiversity Day under its theme “Building a shared future for all life” on May 22nd and World Turtle Day, which is observed globally on May 23rd. Biodiversity describes the variety of all living organisms across all types of environments, land, rivers, lakes, and oceans, and extends to the complex interactions between life and the ecosystems in which they are found. These interactions provide for ecological functions which include the provision of oxygen, water, food, protection from flooding and storm surges, recreation, livelihoods, and economic well-being. According to a 2001 publication by the United Nations Convention on Biological Diversity (CBD), scientists have described 1,744, 000 species globally. One such marine animal is the sea turtle, a captivating animal in our oceans.  Sea turtles undoubtedly have a unique presence on this earth dating back to 110 million years ago and continue to this day to provide us with a source of food, as well as livelihoods and economic opportunities derived from sea turtle watching, as we exploited their ability to perpetuate their species by nesting on beaches around the world. This interaction between man and biodiversity can be seen predominantly on the Northeast beaches of Trinidad where the largest of the sea turtles, the leatherback, come every year (March to September) to lay their eggs. These charismatic creatures have been profoundly impacted directly and indirectly by human activities.

A good deal has been done globally and locally to protect the leatherback turtles that are classified as “Vulnerable” on a global scale, but the Northwest Atlantic subpopulation of the leatherback (which includes the Wider Caribbean Region) is classified as “Endangered” and declining, hawksbill turtles are listed as Critically Endangered, green turtles are Endangered and loggerhead and olive ridley turtles are listed as Vulnerable by the International Union for Conservation of Nature (IUCN) Red List of Threatened Species, but more is needed.  Nationally, there are several pieces of legislation, which convey protection to sea turtles, but the primary, and hence most important legislation was announced on March 28, 2014 when the Environmental Management Authority (EMA) declared all five marine species, Environmentally Sensitive Species (ESS). At present, the Cabinet-appointed National Sea Turtle Task Force (NSTTF) led by the EMA is working towards enhanced protection for the world’s 3rd largest nesting leatherback population. The NSTTF is a tripartite approach to turtle conservation that involves government agencies, local communities, and academia.

The largest sea turtle that nests in Trinidad and Tobago is the leatherback, and they are part of a larger North Atlantic sub-population. Despite declining numbers over the last decade in the Caribbean North Atlantic Region, this subpopulation of leatherbacks is very important to the world as the Pacific subpopulations are extremely low. One of the main factors for this general decline has been their incidental capture from commercial fisheries.

Leatherbacks have the widest global distribution of all reptiles and are the most migratory sea turtle species, traveling thousands of miles between feeding and breeding grounds (Leatherback turtles travel between Canada and Trinidad every year equaling approx. 12,000 miles). Unlike other sea turtles, leatherbacks exclusively eat soft-bodied gelatinous organisms such as jellyfish and salps. Their pursuit of patchily distributed “jellies” and their unique thermoregulatory (control of body temperature) ability contributes to their expansive range. Most sea turtles migrate between foraging and nesting grounds, and seasonally to warmer waters. Often these migrations take them hundreds and even thousands of miles across the ocean.

Many community-based organizations such as Nature Seekers, Grande Riviere Turtle Association, Turtle Village Trust along the Northeast coast of Trinidad work to protect these giant wonders. Government agencies such as Fisheries Division, Forestry Division, and Environmental Management Authority alongside international researchers (Fig.1) all collaborate in conducting regular surveys on key nesting beaches of leatherbacks, and other sea turtle species. These organizations have all been working on monitoring sea turtle populations through various forms of tracking and tagging methods. Collecting turtle data is vital to the continued conservation of these critically endangered species. “If we don’t know how the populations of nesting leatherbacks are doing, then it’s difficult to protect them.” For years, marine biologists aspired to develop means of recording the daily movements and migration routes of the far-ranging sea turtles. Such knowledge would define preferred turtle habitats, locate nesting sites, provide foraging and behavioral data, and direct administrators toward sound management decisions. The elaboration of an ever-increasing array of tracking technologies has transformed this field of study. Historically, marine turtles have been tracked with flipper tags (Fig.2), tethered floats, and radio beacons. Tethered floats, balloons and radio beacons were costly and had limited range. Eventually, turtles were outfitted with small, durable, low-cost satellite transmitters in the 1980s to track their movements.

The transmitters are Passive Integrated Transponder “PIT” tags often used to identify sea turtles. These tags, which are small in size, are placed under the turtles’ scales and are known to last a long time. The PIT tag (Fig.3) contains the individual’s ID number. Using this number, you can access the sea turtle’s records, such as where it was stranded prior, to where it was rehabilitated and when it was released. These devices can retain a lot of data, have low failure rates, and can last the duration of the life of the animal. This is useful for long-term studies but are however, less noticeable than external flipper tags. Thus, for projects where tags must be recovered by other researchers or fishers that encounter tagged turtles, PIT tags are not the recommended option.

Over 25 years ago, the first set of satellite tracking studies of sea turtles were published. Since then, the use of satellite transmitters increased, and they generate data that has revolutionized our understanding of sea turtle ecology, and played a vital role in conservation efforts. There are many benefits from using satellite transmitters (Fig.4). Satellite tracking data reveal what types of habitat turtles occupy at various stages in their lifecycle. For example, scientists have learned that leatherbacks stay in shallow waters close to shore during nesting periods and travel long distances across wide stretches of open ocean in search of food. Satellite tags provide information about how turtles behave (e.g., swim speed and depth, duration and frequency of dives). Tag-equipped turtles also serve as “ocean sensors,” informing and validating environmental models. Data from satellite tags helps us understand how to protect turtles, whenever and wherever they are vulnerable to human impacts.

The technology and attachment methods have now come of age with long-term trackers over a year being commonplace and the ability to relay high resolution GPS locations via the Argos satellite system along with behavioral (e.g., diving and activity) and environmental (e.g., temperature) data. Since most research conducted on marine turtles has been carried out on nesting beaches and well over 90% of a sea turtle’s life is spent in the water, to adequately protect sea turtles in all their habitats, we must learn more about their migratory patterns, their behavior at sea, where their marine habitats are located, how the turtles use these different habitats, and the migration routes turtles travel between habitats. Research into the behavior and life cycle of marine turtles has taught researchers that these creatures do not generally nest and feed in the same area (Fig.5).

Satellite telemetry (following an object on the earth with the use of orbiting satellites) has advanced to the stage of allowing researchers to track turtles in the open ocean after attaching a Platform Terminal Transmitter (PTT) (Fig.4). The PTT sends a signal full of information to an orbiting satellite each time the turtle surfaces for air. The satellite re-transmits the data to a receiving station on earth, which researchers can access on their computers. Tagging and satellite tracking in locations where leatherbacks forage has allowed scientists to get a much richer picture of the leatherback’s behavior and dispersal patterns in the open ocean (Fig.5).

Tracking data provide new insights about how male and immature turtles behave, how they use their habitats and how that differs from adult females. Resource managers for protected marine species have lacked this key understanding, especially in coastal regions of the United States and Caribbean where leatherbacks and intense human activity coincide.

It is very clear that, a great deal of, time, money and effort has been invested into monitoring all sea turtles on land and in the ocean. This data is key for conservation efforts so that future generations will be able to see these ancient mariners’ nest on our beaches every year. Let us all do our part by supporting all the NGOs and CBOs – Nature Seekers, Grande Riviere Turtle Association, and Turtle Village Trust (TVT) – along the Northeast Coast and Save Our Sea Turtles in Tobago, that work tirelessly to ensure that accurate data is collected on the leatherbacks every year. You can help by volunteering for beach clean-ups, reducing your plastic use, recycling and book a tour for your family and friends to see these amazing creatures. Partake in the food and accommodation within the villages which contribute to the conservation efforts of protecting all sea turtles that visit our shores.