IMA > News  > A view from the hill: The impacts of sedimentation on the coastal environment 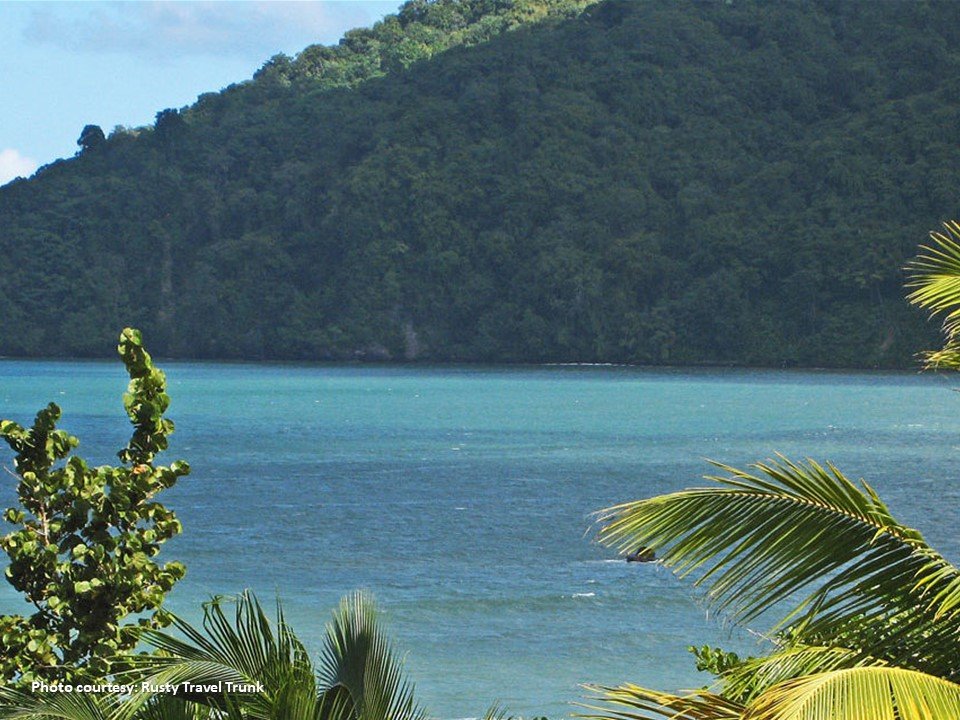 A view from the hill: The impacts of sedimentation on the coastal environment

If you have the opportunity to go to San Fernando Hill or the Lady Young Road in Port of Spain, you can have an unobstructed panoramic view of the Gulf of Paria and its environs. Viewing the coast from these vantage points gives you another perspective of human impacts on the coastal environment. Our impact is very evident after heavy rainfall when you look out only to see a large brown plume of sediment moving across the blue waters. Sediment is washed down from hillsides and plains into drains and rivers, eventually reaching the sea. The magnitude of these plumes is unknown for the island but their impacts on the coastal environment have been widely documented.

The coast is a dynamic environment influenced by natural processes and human activities that originate both on land and at sea. Among the natural, physical forces at sea that shape the coast are ocean waves, currents and winds. Natural materials and physical flows on land also influence the formation of the coast such as inputs by rivers of fresh water, nutrients and sediments. Sediments are naturally occurring materials of mineral and organic origin, which are formed through weathering and erosion. Sediments can be transported by water, wind, ice or gravity and when deposited give rise to sedimentation.

The mobilisation of sediments is an important process in the development and maintenance of coastal habitats including estuaries, mangroves, seagrass beds and coral reefs. However, human activities such as the dredging of waterways and the construction of dams and reservoirs modify the flow of rivers and the amount of sediment transported to the coast. Dredging at sea to ensure safe passage of boats and ships as well as the mining of ocean resources also mobilise sediment. Land-based activities such as agriculture, deforestation for urban development, quarrying and land reclamation can all contribute to changes in sediment load to the coastal environment.

Sediments along with heavy metals, hydrocarbons, nitrogen and phosphorus compounds are some of the primary pollutants of concern included in the Protocol Concerning Pollution from Land-Based Sources and Activities (LBS Protocol) to the Convention for the Protection and Development of the Marine Environment of the Wider Caribbean Region (Cartagena Convention). While increases in sediments to the coastal environment can usually be observed after periods of heavy rainfall, both an increase and decrease in sediments can have a profound effect on the coastal environment.

Impacts on the Coastal Environment

Wetlands are a sanctuary for a variety of species (birds, fish, reptiles and crustaceans) but also act as filtration systems for terrestrial runoff, protecting and preserving our beaches, oceans and other marine ecosystems. This fragile ecosystem is critical to lessening sediment deposition immediately following major rainfall and is a crucial “barrier” for protecting and preserving coral reefs. However, mangrove forests can be negatively impacted by sediment deposition or the process by which sediments, soil and rocks are added to an area. The input of excessive sediment buries the breathing roots (pneumatophores) of black and white mangrove trees resulting in areas of mangrove dieback. All wetlands require a free flow of water through their habitat. The movement, distribution and quality of water is the primary factor influencing wetland structure and function and this affects the distribution of the flora and fauna and the overall productivity of the habitat.

Seagrasses grow on the seafloor in shallow coastal habitats. They are very productive, faunally rich and ecologically important marine resources that provide nursery habitats for several commercially important species such as conch and lobster, and they help sequester carbon dioxide in the ocean.  Seagrasses are semi-permeable filters that stabilise bottom sediments, slow current flow, prevent erosion and filter sediments and nutrients from coastal waters. These filters are becoming overburdened as land-use changes in the coastal catchment and in the nearshore environment are impacting negatively on them. Increasing sediment loads have resulted in loss of seagrasses along the north-western peninsula of Trinidad as these beds were smothered and buried by sediments. The loss of these seagrass beds has resulted in the loss of the ecosystem services they provide.

Sedimentation directly impacts coral reefs by smothering them, and by reducing the amount of sunlight available for photosynthesis by the symbiotic zooxanthellae that live within the coral tissues. Additionally, the excess nutrients and pathogens that are associated with sediment runoff can cause eutrophication (the rapid growth of micro and macro algae resulting in reduced oxygen levels in the water) that can lead to fish kills. Sedimentation also impacts where coral larvae are deposited to grow and the rate at which this occurs, as fewer species are associated with heavy sedimentation and there are lower coral growth rates, a greater abundance of branching coral forms, and decreased calcification (calcium deposits). All this reduces the overall productivity and diversity of coral reefs. The ecosystem will no longer be able to perform the many ecosystem services it usually provides such as a natural coastal barrier reducing coastal erosion and storm surges.

When large amounts of sediment build up over time on the seabed, it significantly reduces the number of species that live there as they are smothered. One key function of seafloor species is to provide food for other species, such as fish. Additionally, the sediment also blocks navigational channels waterways and harbours making it difficult for maritime traffic to move freely. Maintenance of these channels and harbours is very costly.

Reducing the negative impacts of sedimentation

Human influence extends beyond the alteration of physical flows and natural materials into policy and management decisions by which the land and sea are also connected.

Regulations that guide human activities on land and at sea, can help to reduce the negative impacts of sedimentation when properly enforced and adhered to.

Sediment plumes in the coastal environment are an observable display of land-sea connectivity. Even though the source of sediments may originate far inland, rivers often lead to the sea and so a prerequisite for healthy coastal and marine ecosystems is integrated management across the land-sea interface. In recognition of this, the Draft Integrated Coastal Zone Management Policy Framework (2020) includes two (2) terrestrial zones within the coastal zone. The first (T1) extends from the line of low-water at mean low-water spring tides to the 5-metre contour which represents the limit of direct impact of sea level rise and storm surges. The second (T2) extends from the 5-metre contour to the 90-metre contour and contains most of the country’s urban, industrial and agricultural areas which influence the coastal and marine environment through direct and indirect impacts.

Therefore, spatial planning across the land-sea interface is necessary for both healthy marine ecosystems and sustainable socio-economic activities. Marine spatial planning is a strategic initiative of the Government as articulated in the National Development Strategy 2016 -2030 (Vision 2030). Amongst the country’s busiest and most contested coastal space is the Gulf of Paria. The development of a marine spatial plan for the Gulf of Paria is a major goal of the Institute of Marine Affairs, which requires extensive stakeholder participation and an enabling policy framework. The next time you have the opportunity to observe sedimentation in the marine environment consider that it is likely the result of intensive human activity, which requires appropriate regulation and planning across the land-sea interface to mitigate its negative impacts.