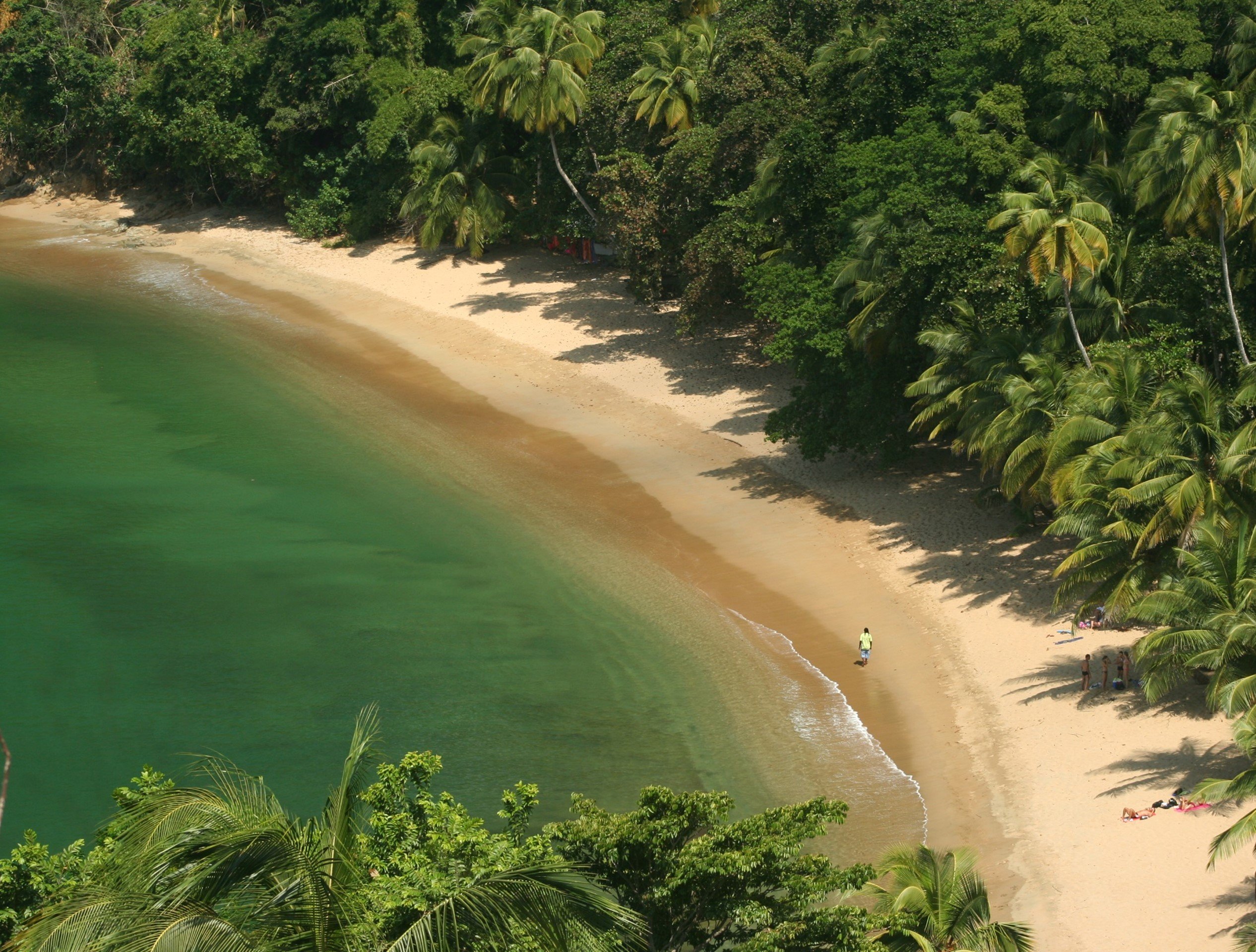 What is a beach?

A beach is a length of coastline where there is an accumulation of sediment, usually sand, but sometimes gravel or small boulders, alone or in any combination. Beaches can be sections of bays. For example, Chagville ‘Beach’ and Williams ‘Bay’ are sections of the larger Carenage Bay. For the purpose of this guide, unless otherwise stated, the terms ‘beach’ and ‘bay’ are used interchangeably.

There are two parts to every beach: the foreshore, which may slope gently or steeply down to the water and which is in direct contact with the sea as the tides ebb and flow, and the backshore which rises towards the land and is only affected by the sea during storms. The plunge point refers to the final breaking point of the waves just before they rush up on the beach. Bathers should look out for this “step down” point or “drop” as they wade into the sea (Figure 1)

Beach material may come from the erosion of rocks near the beach, or be brought to the beach by rivers. Some beach sediments consist of calcium carbonate formed from the remains of corals, shells and algae. Carbonate sands are white and may be found close to coral reef sites or seagrass meadows. Such beaches are common in Tobago.

In Trinidad, the most common mineral in beach sediment is quartz. The dark colour of these sediments is due to the presence of certain iron-based minerals and rock fragments.

Coastal Processes
Although a given beach may look much the same from one day to the next, in fact the sediment is constantly being moved by the waves, tides and currents. The amount of energy that waves exert on a beach depends upon the height of the wave. Around the coasts of Trinidad and Tobago, waves are generally less than 100 centimetres (1 metre) but are larger during storm conditions.

Wave energy is proportional to the square of wave height (Figure 3). For the purposes of this book, wave height <40 cm is classified as low wave energy; 40 cm to 80 cm, medium energy; and >80 cm, high energy. A high energy beach, with high and frequent waves crashing onshore, would typically consist of mainly coarse sediments, and be relatively steep. Such beaches are likely to be unsuitable for bathing (e.g. Matura Beach). In contrast, low wave energy beaches tend to have finer sediments and gentler slopes.

The profile of a beach from foreshore to backshore is therefore influenced by wave activity. Wave activity can vary during the year. For example, in Trinidad and Tobago, from around Christmas to Easter, wave activity tends to be greater. Beaches with moderate waves and gently sloping profiles become rougher and steeper at this time of year. This phenomenon is well demonstrated at Maracas Beach, Trinidad and at Store Bay, Tobago.

All beaches are dynamic, changing shape from day to day and from season to season. Some beaches are in dynamic equilibrium, which means that although they are always changing, these changes are cyclic, and the net result is a stable beach. Some beaches, however, are in a state of growth (accretion) or erosion, and have not yet attained stability. Many developers who have attempted to build on such beaches have discovered this to their own detriment. It is very important to know and understand the dynamic nature of beaches in order to avoid interfering with the natural processes taking place. The construction of groynes, jetties and breakwaters must therefore only be done after appropriate studies are conducted to determine the coastal dynamics of the sea.