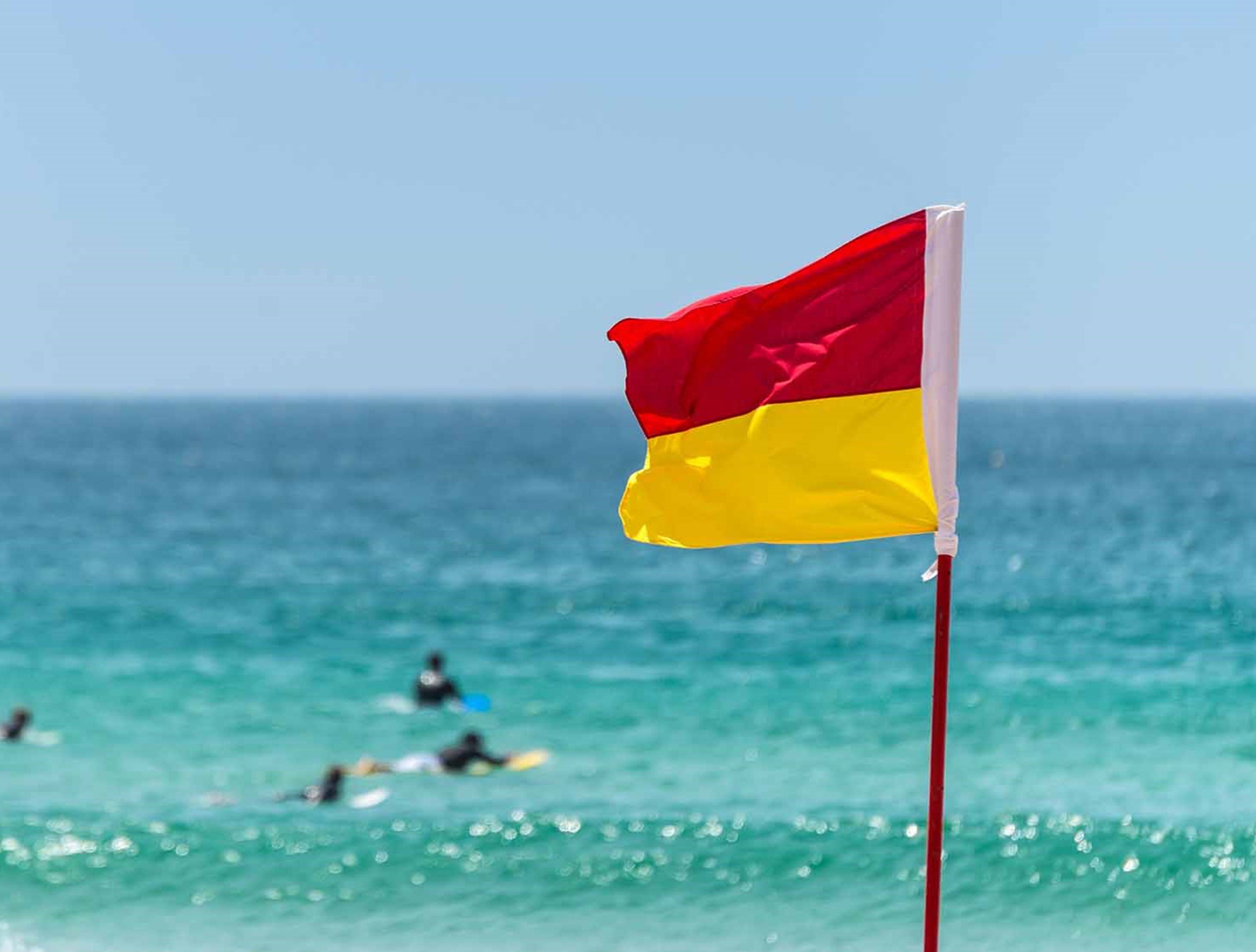 The safer months for sea bathing in Trinidad and Tobago are generally from May to October. During this period, except for the occasional storm, the water tends to be calmer. From November to April the sea tends to be rougher. Bathers should take extra care when swimming during these months.

On beaches where there are lifeguards, bathers should note the red warning flags denoting danger areas. Red/yellow flags indicate areas where it is safe to bathe. Ask the lifeguard on duty if you are not sure. NEVER bathe alone.

Local residents usually know of the occurrence of rip currents and other hazards – ask them.

It is dangerous to swim or bathe close to places where fishermen land their catch because there may be boat traffic, anchors, engine blocks and sharp fish bones scattered on the sea floor.

Above all, be observant and aware of your surroundings at all times!

Bathers need to be aware of rip currents, also known as rip tides, undertows or under currents. Rip currents are powerful seaward flowing currents with speeds of as much as 2 metres per second, which can be seen very near to the shoreline. These can easily pull unsuspecting bathers quickly out to sea. They mostly occur at beaches on the north and east coasts of Trinidad, for example at Maracas and Mayaro.

How do they form?

Sometimes sand from the shore washes away and builds up offshore under the sea surface to form a sandbar. After waves break over the sandbar in quick succession, a large amount of water builds up close to shore, since the offshore sandbar blocks the normal return of water. When the height of the water is sufficient, a current flows seaward and channels are eventually cut through the sandbar by the movement or force of the water. This causes the water to rush out into the deep in narrow paths, giving rise to rip currents (Figure 4). Jetties projecting out to sea can also cause rip currents to occur because they divert the normal flow of current.

How do you identify and avoid rip currents?

If you are visiting the beach it is important that you observe the water conditions that prevail. The best way to avoid natural hazards such as rip currents is to be observant, obey the lifeguard and keep away from red flag areas. However, if you visit a beach that does not have an attending lifeguard, the visible signs from shore that will make it easy to identify the existence of rip currents are as follows:

What to do if caught in a rip current?

If caught in a rip current, do not panic! Panicking will cause you to become exhausted, increasing your risk of drowning. You should attempt to swim or float on your back, moving parallel to the shore until you are out of the current, then turn and calmly swim to shore. Do not swim against the rip current as this is dangerous. If someone is caught in the current, floatable items such as cooler covers and boogie boards or a rope can be thrown to the person to lend assistance.

Generally, it is advised that non-swimmers not bathe beyond waist depth. Bathers should not float for fun on rubber tyres and other inflatables under strong current conditions. Never swim under the influence of alcohol and stay out of the water for at least one hour after consuming a heavy meal.