IMA > News  > What does an oasis and a coral reef have in common? 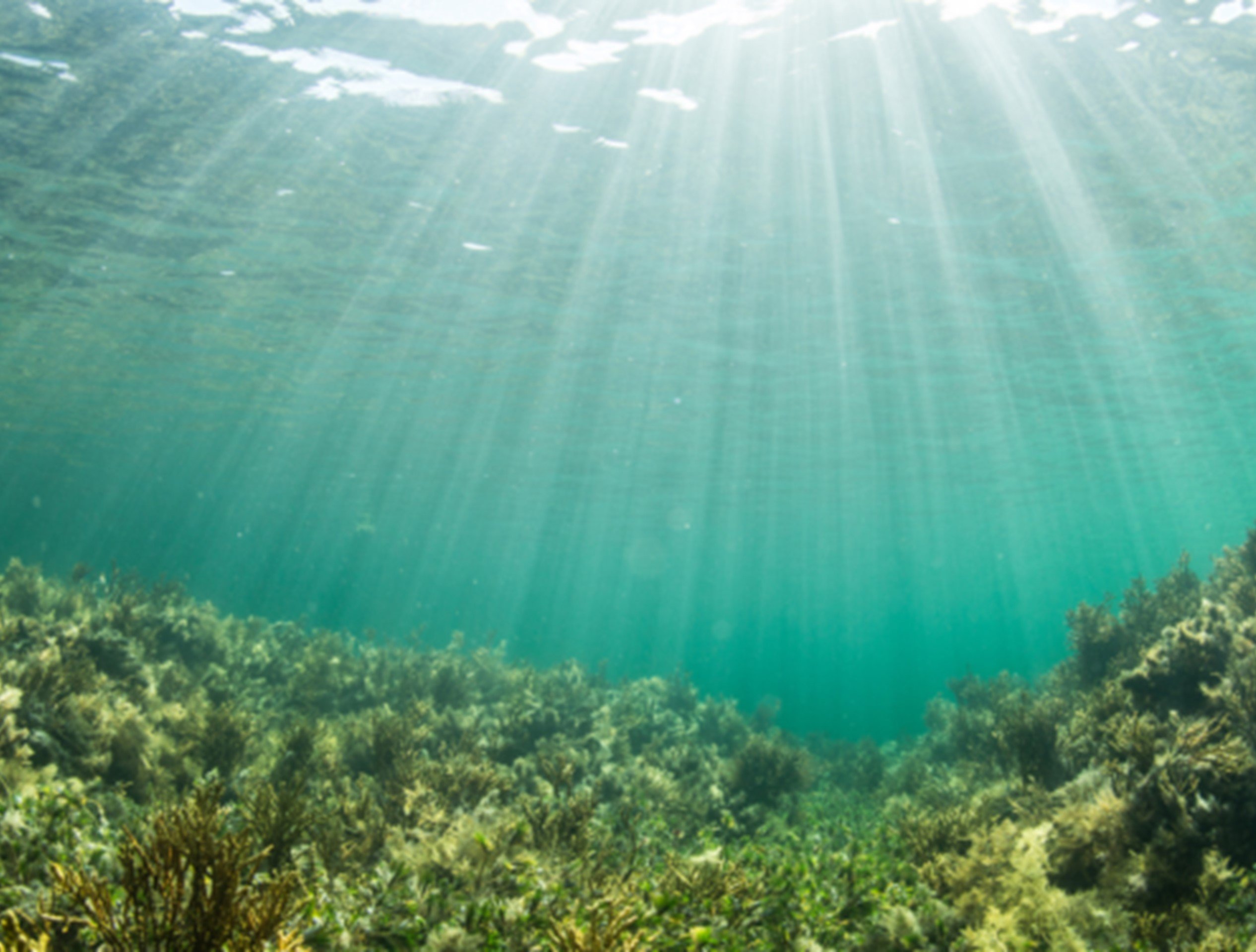 What does an oasis and a coral reef have in common?

No, this is not the start of a bad joke or a riddle (although the obvious answer is probably water) but have you ever wondered how oases occur in the desert? How can these areas flush with trees and shrubs, teeming with life occur in the barren arid desert environments? If you haven’t, then take a moment to ponder, try it. It is probably not what you think. While there are many different factors that give rise to the creation of desert oases, one of them might be very surprising. It begins with organisms not visible to the naked eye.

Microbes in Israel’s Negev desert are uniquely suited to their environment. The bacteria and cyanobacteria have developed a method of binding the sand into a black crust by secreting long-chain sugars. This allows their colonies to maintain moisture during intense desert heat. These black crusts also benefit other organisms making their homes in the desert environment. These crusts increase water retention by about 30% after a downpour. Holes dug by desert porcupines (I didn’t know these existed either) allows some of this water to be retained which leads to the formation of miniature oases with many different plant species. These pools allow wind-blown seeds to find a home and germinate which, in turn attracts many other species seeking refuge from the harsh arid desert environment. These microbes that produce an entire ecosystem by their presence can be termed ecosystem engineers.

Engineers are not just people wearing hardhats and high visibility vests holding a clipboard in some sort of construction site doing very important calculations in order to make their project successful. Engineers are responsible in large part for many of the innovations that make everyday life more comfortable. Life would be unrecognisable without the contributions of engineers.

Nature has its own share of engineers responsible for making the life of their fellow ecosystem inhabitants a little bit more bearable. They may not don hardhats and high visibility vests and I dare to suggest they do their calculations in their head, but without these hard working and industrious fellows the landscape of nature might look very different.

The term ecosystem engineer refers to organisms that cause some sort of change, either directly or indirectly, to an environment that would not occur without their presence. In so doing they modify, maintain and/or create habitats. This allows other organisms to benefit from these habitats.

Ecosystem engineers are classed into two broad categories: autogenic engineers which are organisms that modify the environment using their own bodies such as their living or dead tissues, coral reefs for example. Allogenic engineers have the ability to use non-living materials to change the physical state of the environment. The best example of this is human beings. Humans have admittedly taken the concept of allogenic engineering to a whole other level.

The sphere of influence of ecosystem engineers reaches across terrestrial, freshwater and marine environments.

In the marine environment lies organisms who remain hidden but their usefulness should not be judged by their reticence. Living on and in the ocean’s floor, that is, the benthic environment, thousands of deposit feeding marine invertebrates in the form of polychaete worms, bivalves and fishes, burrow into the soft sediments. They either eat some part of the sediment or search for other living organisms such as insects to form part of their meal. The burrowing into the sediment also known as bioturbation or soil tilling fundamentally alters the structure of the seafloor not only for themselves but for other organisms. This sediment burrowing creates a highly unfavourable environment for some organisms such as sessile suspension feeders for example, sponges. Others, however, are able to thrive in their newly tilled sediments. Some microbial organisms, and particle feeders are able to take full advantage of these modified environments.

The marine environment’s other pretty famous and probably the most important environmental engineers are, of course, coral reefs. Corals build reefs to suit their own needs however they are far from the only organisms that benefit from it. It is widely documented that coral reefs are responsible for high levels of biodiversity accounting for as much as 25% of the oceans’ biodiversity. Coral reefs serve the needs of countless other marine species such as brittle stars, anemones, sponges and fishes all of which use them for shelter. Without the existence of reefs many of these species would cease to exist or at the very least be homeless.

Wetlands such as mangrove forests are also important ecosystem engineers. The power of mangrove forests is their ability to aggregate soil by using their roots. This enables them to save coastal areas from erosion. They also treat polluted waters and their dense roots provide refuge for many juvenile species. The detritus created by their leaf litter also forms a valuable food source for juveniles and is an important component of any fisheries food chain. Many commercially important species such as mangrove crabs, prawns and mullet; filter feeding bivalves such as oysters, planktivorous fish such as herring and anchovy species, and higher consumers such as some mud crabs and many other fish including snappers and groupers are found amongst mangrove trees. Probably the most valuable aspect of mangrove forests is their ability to act as a carbon sink much like their other wetland counterparts, seagrasses.

Seagrass beds, due to their carbon sequestering ability can have localised impacts on the physical and biological characteristics of the ocean by lowering the water’s pH, an important factor in the fight against ocean acidification. Seagrass leaves also absorb nutrients and slow the flow of water, capturing sand, dirt and silt particles. Their roots trap and stabilise the sediment, which not only helps improve water clarity and quality, but also reduces erosion and buffers coastlines against storms. Seagrasses can further improve water quality by absorbing nutrients in runoff from the land.  They also stabilise sediment and trap particulate matter in the water column thereby improving water clarity.  They also provide food and shelter for a number of aquatic species and increase species richness and diversity in areas where they are located.

These are just a few examples that show how ecosystem engineers have shaped the world around us more than we may have realised.  The late Yuan-Cheng Fung, regarded as the founder of bio engineering: “Engineering is quite different from science. Scientists try to understand nature. Engineers try to make things that do not exist in nature. Engineers stress invention.” I would argue the opposite is true. Throughout its existence nature been engineering and inventing its own environment, we are simply playing catch up to what nature has long since known.

Blue Carbon is no reason to feel blue