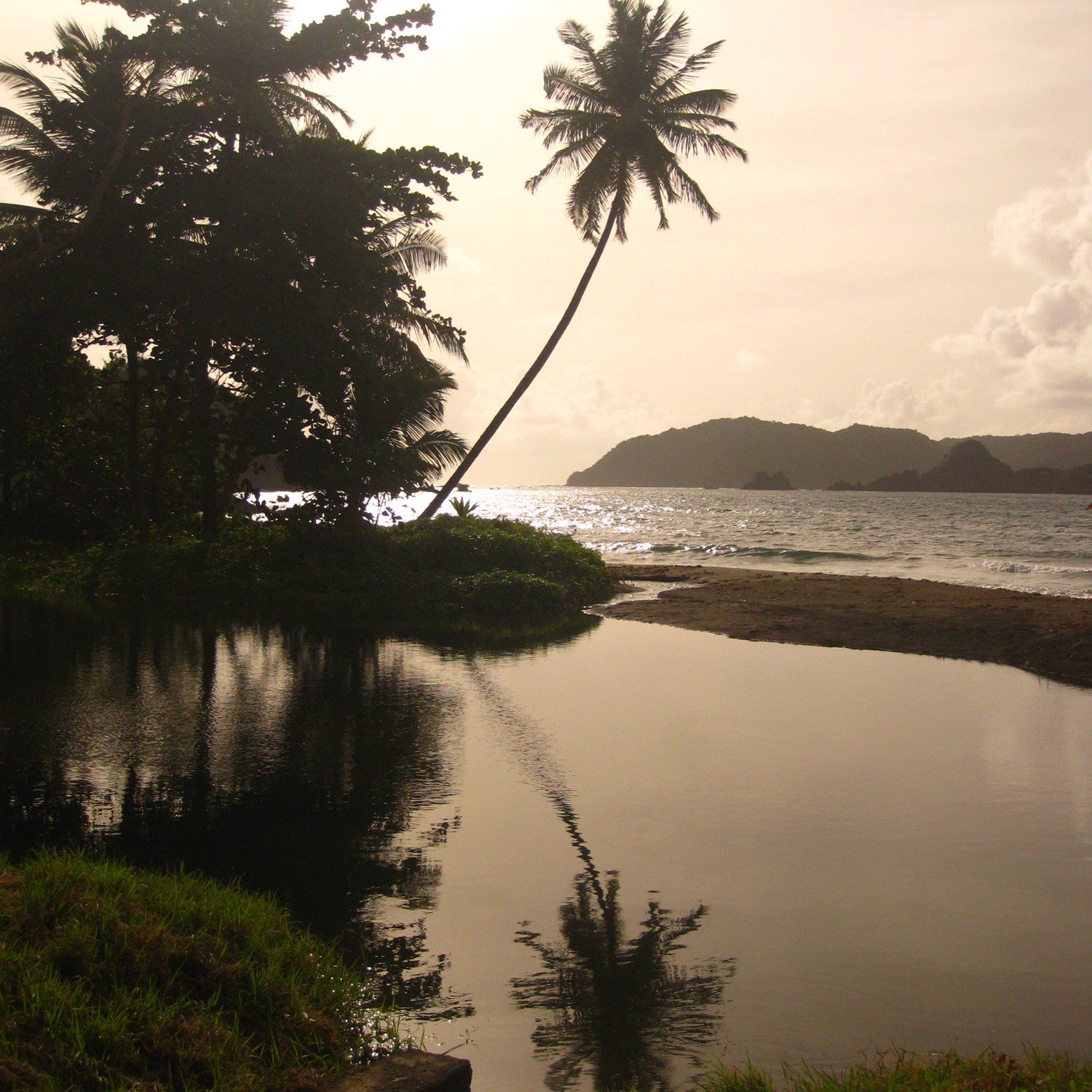 Blanchisseuse Bay is off the North Coast Road approximately 11 km east of Las Cuevas Bay. It is located on the eastern side of Blanchisseuse upper village. The beach is not easily visible from the road. To get to it look for the sign ‘Wilson’s Trace’ just east of the recreation ground. A footpath to the west of the houses opposite Wilson’s Trace leads down to the beach.

Blanchisseuse Beach is approximately 1.4 km long and is bounded on its eastern and western ends by steep-cliffed headlands. It is composed of light brown, medium-grained, quartz-rich sand and has a moderate to steep slope.

Almost the entire beach is backed by a low plain covered with a mixture of coconut palms, almond and mangrove trees. The perennial Marianne River enters the bay at its eastern end where large sand bars form on both sides of its mouth. Freshwater marsh vegetation exists along the banks of the river while freshwater swamp forest grows further inland.

Plunging breakers of high energy averaging 78 cm in height in the dry season and 60 cm in the wet season, approach from the north. Strong longshore currents flow to the northwest at an average speed of 24 cm/s.

The bay is characterised by strong rip currents which can make swimming here quite dangerous. The mouth of the Marianne River, however, is suitable for swimming. There is a small offshore rock reef in the clear waters at the eastern end which is an attraction for snorkellers. Surfers also frequent this bay. Temporary lifeguard service is available on holiday weekends.

The village of Blanchisseuse ends at the bridge over the Marianne River. An unpaved road offers access to beaches further along the north coast. This tapers off into a hiking trail that hugs the coastline as far as Matelot. Blanchisseuse is currently being developed as a site for ecotourism. At Blanchisseuse village the North Coast road turns inland to become the scenic Arima-Blanchisseuse Road.