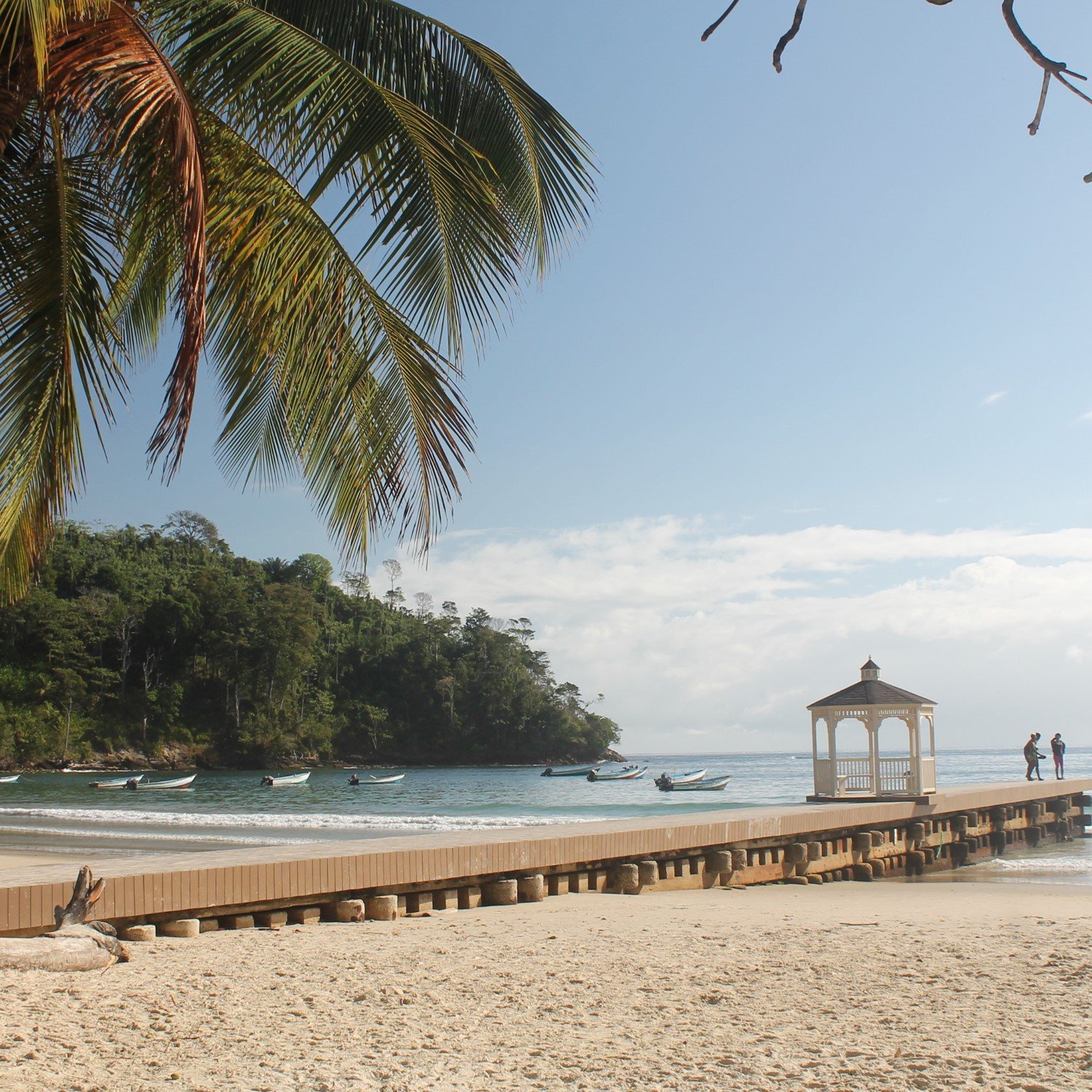 There are two beaches within Maracas Bay. Although visitors mistakenly refer to the eastern end of Maracas Bay as Tyrico Bay, the actual Tyrico Bay is located further east. The western part of the bay is Maracas Beach, the most well-known beach in Trinidad. To approach Maracas Beach from the western suburbs of Port of Spain, follow the Saddle Road through Maraval and turn left at the pillars onto the North Coast Road. If approaching from the eastern suburbs of the capital, go through San Juan and take the eastern end of the Saddle Road through the Santa Cruz Valley and turn right at the pillars onto the North Coast Road.

Maracas Bay is bounded at both ends by prominent headlands. Three rivers enter the western end of the bay; two are seasonal and the third, the Maracas River, is perennial. There is a small swamp south of the North Coast Road, part of which has been converted into a car park. A fishing village is located at the western end of the bay. The beach is approximately 1.8 km long, composed of fine-grained, off-white quartz sand and slopes moderately into the sea. Unlike other north coast beaches, it is backed by a large coastal plain consisting of a backshore landscaped with almond trees and coconut palms (See Box A).

Plunging breakers of moderate energy approach from the northeast, averaging 50 cm in the dry season and 40 cm in the wet season. Waves may attain heights of 1.5 m between the months of November to April, when seas are rough. Strong longshore currents flow with an average speed of 28 cm/s in two directions, to the northwest and to the southeast. Rip currents are usually present. Take great care with young children; do NOT let them bathe unless there is an adult in the water to supervise them.

Swimming, body surfing, sun bathing and camping are popular recreational activities at Maracas. The use of insect repellent is advisable at night because of mosquitoes and sand-flies.

Facilities include a car park located south of the North Coast Road and huts and picnic tables on the beach. Change rooms with showers and toilets are also available for a fee. Vendors sell ‘bake and shark’ and other local dishes from stalls located on the backshore and in the car park. Ball games may be played in the backshore. Lifeguards regularly patrol the beach between 10 a.m. and 6 p.m. and flag warnings are posted along the beach for bathers’ safety. A hotel is located at the western end of the bay.