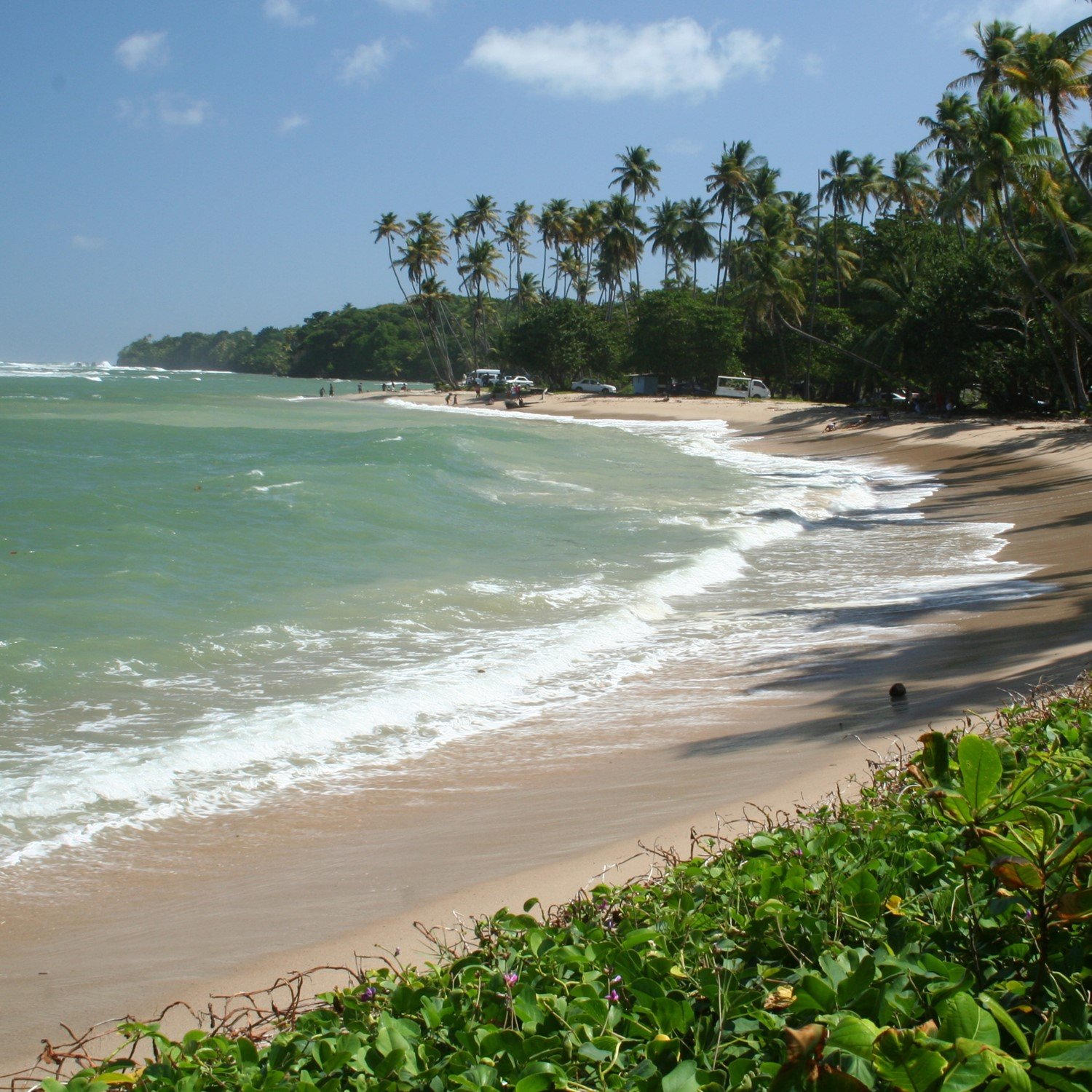 Salybia Bay is on the extreme northeastern tip of Trinidad. To reach this bay, turn right (east) on to the Galera Road at the Toco junction where the Toco Main Road turns into the Paria Main Road. The beach is approximately 2 km east of the secondary school. This bay is not to be confused with Saline bay, on the east coast, which is close to the fishing village of Salibea.

This beach is approximately 700 m long with coarse-grained, whitish-grey sand composed primarily of quartz and carbonate particles and slopes moderately to the sea. Waves approach from the northwest as plunging breakers with an average height of 30 cm in the dry season and 23 cm in the wet season. Very strong longshore cur[1]rents flow to the northwest with an average speed of 50 cm/s. The seasonal Salybia River flows through a wide area of flat land where visitors can park their cars. There is daily lifeguard service and amenities such as change rooms and toilets.

The eastern part of the beach is the more sheltered end. A fringing reef protects this section forming a reef flat which is ideal for snorkelling and wading. At low tide one can walk out to the reef flat which is a mere 90 metres offshore. The depth varies between 0.5 m and 2.0 m. Interesting marine life can be found in the intertidal zone such as hermit crabs and pacro or chiton. Snorkellers and those who walk out to the reef flat should wear thick sneakers to protect their feet from fire or stinging coral (See Box L) and fire worms. The sea bed in this area is a mixture of coral rubble and sea grass. Persons venturing out should be aware of the rising tide.

Even in this part of the bay, at high tide with waves breaking over the reef crest, strong westerly longshore currents develop. The rate of current flow has been recorded as up to 1 metre per second. These currents are strongest in the central part of the bay. They develop as the water flows seaward, scouring the beach and can sweep bathers and non-swimmers off their feet into the deep eddies in the western section of the bay. Be very careful bathing in the eastern section! The western part of the beach is not protected by the reef. It is deep and has weak easterly currents. Salybia Bay is good for swimming as long as one is cautious. It is favoured for camping and day picnics and is a well-known bay for surfing.

Beyond the Blue – Season 4 Episode 12